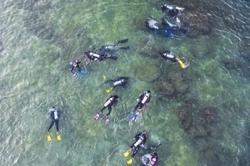 PETALING JAYA: The new auditors of 1Malaysia Development Bhd (1MDB) highlighted several critical areas in the accounts for the period ended March 31, 2013, which revealed that a sum of US$1.58bil (RM4.9bil) which was meant to be used for the development of the Tun Razak Exchange (TRX) has been placed with overseas investment institutions.

The latest amount invested through overseas licensed financial institutions adds to the controversial US$2.3bil that the fund had placed with a Segregated Portfolio Company (SPC) registered in the Cayman Islands on Sept 12, 2012.

Put together, the total amount that 1MDB – which was established by the Ministry of Finance in 2009 – has placed with overseas fund managers amounts to US$3.8bil (RM12bil).

The accounts also revealed that the board of 1MDB had concluded that they were not in control of the Cayman Islands SPC and has decided to put the investments there up for sale.

According to the accounts that were signed off by Deloitte, the US$1.58bil was part of a US$3bil private debt securities that had been issued by 1MDB’s subsidiary, 1MDB Global Investments Ltd (1MGIL), and the debt papers were supported by a letter of comfort from its shareholder, which is the Government of Malaysia.

The amount raised was to be used as seed capital for the development of the TRX that is developed by Abu Dhabi Malaysia Investment Co Ltd (ADMIC).

ADMIC is a 50:50 joint venture between 1MGIL and Aabar Investments PJS.

(Maybank) and the CIMB Group

courted the banking group. The entry of the Aabar group thwarted the efforts of Maybank and CIMB to take over the group.

According to the accounts, the funds were placed while the detailed blueprint of the TRX project was being finalised in institutions that were rated by international credit agencies.

The returns from the investment would be reinvested, meaning 1MGIL will not be entitled to dividends, interest or any other form of distribution of funds. However, the fund may change its distribution policies later.

Among the other pertinent matters raised in the books signed off by Deloitte on March 28 were:

· The directors have decided to classify the US$2.3bil placed in the Cayman Islands as an “asset for sale” after concluding that they were unable to exercise control or significant influence over the SPC managing the money;

·In 2013, 1MDB once again booked in a revaluation gain from the land it holds. This time, it was to the tune of RM2.7bil. However, the detailed development blueprints for TRX and Bandar Malaysia have yet to be finalised and the ultimate usage of various plots of freehold land yet to be determined;

·The existing concession agreements of the Malaysian power plants allow 1MDB to renew the power-purchase agreement with mutual consent for three additional terms of five years each. This means there is potential for an extension in the life of the power plants in Malaysia;

·1MDB incurred a goodwill of RM1.19bil for the purchase of the power plants from the Tanjong and Genting groups. This is the premium that it has paid for the assets; and

·The new auditor Deloitte was not engaged to look into 1MDB’s books for the financial years 2011 and 2012.

Deloitte was appointed by 1MDB in December 2013. It is the third accounting firm appointed by 1MDB since its inception in 2009, with the first being Ernst & Young followed by KPMG that had audited the books for the financial year ended March 31, 2011 (FY11) and FY12.

1MDB appointed Deloitte after contending that KPMG could not conclude the accounts. It also managed to obtain a six-month extension from the Companies Commission of Malaysia to lodge the accounts by March 31, 2014.

Deloitte in its notes stated that the accounts gave a fair and true view of the financial performance in accordance with the Malaysian Financial Reporting Standards.

The firm pointed out that 1MDB had decided to adopt the new accounting standards called MFRS from April 1, 2012 with a transition date of April 1, 2011.

This means that the books for FY12 should have been restated, taking into account the new accounting standards.

However, Deloitte had not been engaged to report on the restated comparative information of the accounts and did not audit the 2012 accounts.

“Our responsibilities as part of the audit for FY13 included obtaining sufficient appropriate audit evidence that the opening balances as of April 1, 2013 did not contain misstatements that materially affect the financial position as of March 31, 2013,” Deloitte stated. 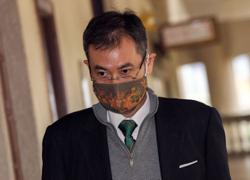