Tablets, smartphones ownership on the rise

PETALING JAYA: The Malaysian tablet computer and smartphone markets are set to grow exponentially by mid-2012, with tablet ownership projected to reach 75% of digital consumers from 18% currently, and smartphones rising to 89% from 48%, according to a study by market research firm Nielsen Malaysia.

“The Internet has now become an essential tool and is truly ingrained in many Malaysians' everyday lives and activities. Close to half of netizens in Malaysia use laptops to surf the Internet, but the availability of Internet-connected mobile devices have increased their online dependency.

Nielsen said more than half of digital consumers in the country use the Internet on a daily basis, and “connecting with people” was cited by 68% as their main reason for going online. Although Nielsen's data showed desktop PCs and laptops were still the dominant devices for accessing the Internet, tablets and smartphones have the most room for growth. Presently, only 3% and 1% of consumers frequently used mobile phones and tablets respectively to access the Internet.

Moreover, Internet-capable devices have roused users' propensity for multi-tasking. Nielsen found that over two-thirds of digital consumers claimed they watched television and browsed the Internet simultaneously.

While computers are still the preferred device for simultaneous usage, one out of 10 of Nielsen's survey participants said they watched television and used the Internet at the same time on their mobile phones, and 4% do so via their tablets and eBook readers.

Griseri also said Malaysia is on the right path toward becoming a digital economy by 2020, but added that a successful digital transformation will require the Government and telco players to cooperate and ensure the country has sufficient infrastructure and network capacity.

Interviews for the Digital Consumer Report were conducted in June and July, on a total of 1,321 Malaysian consumers aged 15 and above in urban Peninsular Malaysia. 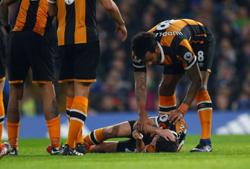