JOHOR is not expected to be as badly affected by the economic slowdown as predicted by many people especially the non-Johoreans, said businessmen in the state.

There is a perception that since Singapore has already slipped into a recession, Johor is likely to be the first state in Malaysia to feel the heat as the two markets are interdependent economically.

But businessmen in Johor said the state would be able to weather the slowdown and benefit from the steps taken by the Federal Government and Singapore to overcome the recession.

All Cosmos Industries Sdn Bhd managing director Tony Peng, who is a Taiwanese investor, said economic activities between both countries would remain “positive” even in recession. 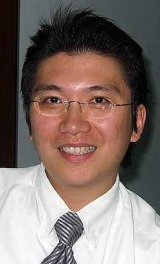 “I don’t see the number of Singaporeans entering Johor reducing drastically as Johor is the nearest getaway and also cheap for them,’’ he said.

Peng said that with the recession, Singaporeans would spend more time holidaying in Malaysia as it would not burn a hole in their pockets.

He said Johor should start revamping its tourism sector not only to attract Singaporeans but also foreign tourists visiting the republic to come over.

Peng said Johor must aggressively attract participants attending meetings, incentives, conventions and exhibitions in the republic to come to Johor.

“Johor is going to benefit more with the completion of the two integrated resorts there in two years’ time,’’ he said.

President of Small and Medium Enterprises Association of South Johor Teh Kee Sim said industries in Johor could benefit by employing Malaysian workers retrenched from Singapore.

He said most of these blue-collar workers were skilled workers and this would add value to local companies to improve on production efficiency.

“But the problem is whether these retrenched Malaysians are willing to work here with lesser pay as our SMEs could not afford to pay high salaries,’’ said Teh. 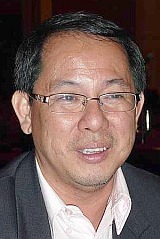 He said that during good times, SMEs in Johor had problems hiring locals as they preferred to work in the republic due to better wages and the strong Singapore dollar.

“Sometimes a crisis will bring opportunities for those who are willing to face challenges and SMEs can emerge even stronger after that,’’ he said.

He said SMEs needed assistance from the Government, especially financial aid, during the crisis but lamented that many SMEs were having problems getting loans from banks.

Teh said the RM1.2bil soft loan allocated for SMEs might look good on paper but when SMEs wanted to apply for the loan, they did not get the amount they wanted.

“Bank Negara should be more transparent; the allocation should be increased to RM5bil and the interest rate be lower as more SMEs are having financial difficulties,’’ he said.

managing director Lim Han Weng said local manufacturers must reduce their production costs in order to compete with other countries.

He said the same also applied to companies transporting products to Singapore as the latter now was importing more goods from China, Indonesia and Japan.

Lim said Malaysia was the most preferred choice among Singapore importers due to the long traditional business relationship and networking.

But he said that since the oil prices came down in the global market, shipping charges were getting lower and it was getting much cheaper to import goods via sea vessels.

“The cost is getting cheaper to bring in goods via these vessels as the volume is higher compared to using containers and lorries across the causeway,’’ said Lim.

Lim said shipping companies would rather make a small profit now in order to survive during hard times instead of winding up their businesses.

“Local transporters must follow suit unless they are willing to close shop,’’ he said.