PETALING JAYA: Malaysia should adopt a more equitable and sustainable power-generation business model that is commercially viable yet fair to all players in the sector, including consumers.

Consultant and utility specialists McKinnon & Clarke Ltd group managing director Simon Northrop said the current business model did not appear to be sustainable or satisfy all parties concerned and should be reviewed urgently, possibly by independent utility experts.

“While a favourable business model could be structured for long-term sustainability, it still requires the will of the Government to make policy changes to support the model,” he told StarBiz by telephone from Britain recently. 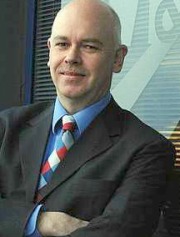 On a business model suitable for Malaysia, he said it was necessary to look at the problem on a case-by-case basis as every country had its own problems and power requirements.

In the case of Britain, he said the market was deregulated and had many independent power producers (IPPs) providing energy to a host of industries, from various sectors of the economy, as well as consumers.

“In Britain, market forces generally dictate the price of energy with little intervention by the Government,” he said, adding that while the model was fairly good there were still obstacles and the model had to be tweaked occasionally.

Northrop said Britain’s business model might not necessarily be suitable for Malaysia because the countries had different demographic features in terms of population, industrialisation, landscape and energy requirements.

“The key element to developing a commercially viable business model is that it must be structured well for long-term sustainability that takes account of everyone’s needs, including consumers, by having the most efficient way of producing energy, while providing decent earnings for IPPs at every stage of the country’s development and energy consumption requirements,” he said.

The model should also be flexible to take account of future power requirements of the nation and that the power supplied be competitively priced at all times, Northrop said.

He added that in many parts of Europe, steps had been taken to reduce the dependency on fossil fuel by looking at alternative sources of energy supply that were commercially viable and sustainable in the long run.

“It is advisable for developing countries like Malaysia to encourage companies to look for sustainable sources of energy to gradually reduce their dependency on fossil fuel.”

On the imposition of windfall tax on IPPs, he said it was difficult to comment.

“In Britain if a windfall tax were introduced to the IPPs, it will not go down well,” he noted.