KUALA LUMPUR: DiGi Telecommunications Sdn Bhd will invest up to RM100mil in its Deep Green programme that, among others, targets to reduce its carbon dioxide (CO2) emission by nearly half within four years.

Chief executive officer Johan Dennelind said yesterday the company released about 130,000 tonnes of CO2 yearly and it aimed to reduce the amount to 70,000 tonnes in three to four years. 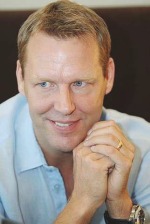 “We are trying to create an awareness among our employees and the community on climate change.

“Though the initiative is still at an early stage, we hope it will get a good response and support from them,” he said after launching the Deep Green programme yesterday.

Dennelind said it was an aggressive ambition by any telco to reduce its CO2 output substantially in such a short time.

“We know we are setting ourselves a great challenge with an ambition of a 50% reduction but we want to make a real difference in this critical issue,” he said.

The company would start by creating higher awareness on climate change among its various stakeholders, including employees, suppliers, customers, business partners and the local communities.

DiGi will spend about RM50mil to RM100mil on this programme over the next three years, he said.

DiGi head of strategy and new business Albern Murty said the company was taking small steps to address the issue via e-billing its postpaid customers and re-evaluating its tenders with suppliers.

“We are in the process of integrating our suppliers into the Deep Green value chain by incorporating specific environmental requirements into our procurement policies and procedures,” he said.

As part of the Deep Green initiative, DiGi’s first project would be the Deep Green Now (Nurturing Our World) programme which would focus on making the local communities aware of climate change and local environmental issues.