targets RM3.5bil from the sale of its “first of its kind” palm-pressed fibre oil extraction (PFOE) plant to Malaysian and Indonesian oil palm players.

Managing director Datuk Goh Cheng Huat said the group planned to sell about 200 PFOE plants in Malaysia and about 150 plants in Indonesia within the next three to five years.

He said the bullish prices of crude palm oil (CPO) would drive demand for the new technology, which will increase the oil extraction rate (OER) by 0.6%, thus enabling oil palm companies to reap higher earnings from their crops.

“This is a breakthrough in the palm oil history using solvent extraction technology to recover the residual oil in palm fibre,” he said at the first PFOE plant handover to Kim Loong Resources Bhd

If this technology were widely adopted, the recovered oil could generate additional revenues of RM1.4bil to the local oil palm industry, he added.

Executive director and chief operating officer Yeoh Cheng Chye said there was a huge potential market for the PFOE plant, especially in Malaysia and Indonesia, which control 86% of world’s CPO supply.

He said Eonmetall would have the capacity to build five PFOE plants by next year and 10 to 20 units yearly from 2010.

To-date, the company had secured four orders for the PFOE worth some RM48mil, he said, adding that the average investment cost per plant was RM8mil to RM12mil.

He said the PFOE plant would boost the group’s earnings base and OER would increase by 0.6%.

The plantation group plans to double its land bank in the next two to three years from about 12,000ha currently.

Gooi said the company planned to set up a new palm oil mill in east Malaysia with an investment cost of RM35mil, with the first phase ready by June. 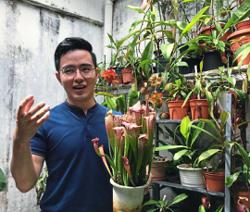