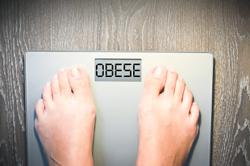 SINCE the introduction of the New Economic Policy 1971-1990 (NEP), Malaysia has achieved outstanding progress in poverty eradication.

However, the incidence of poverty has always been much higher in the rural areas than in the urban ones.

The incidence of poverty in the rural areas shrank from 14.8% in 1999 to 11.9% in 2004, while the urban areas experienced a decline in poverty incidence from 3.3% to 2.5%. Obviously, more attention has been given to rural poverty than to urban poverty.

Large-scale urbanisation is a global phenomenon and Malaysia is no exception. The rate of urbanisation has gone up due to increases in migration, the growth of new urban areas and the extension of administrative urban boundaries.

Economic interest is the dominant factor in pressuring the urbanisation process at mega scale. The rapid rates of urbanisation have swelled the ranks of the urban poor in the country.

The migration of low-income groups from rural into urban areas, the influx of foreign workers and the increase in unemployment have contributed to the rise in urban poverty, adding to pressures on urban services, infrastructure and the environment. As a result, poverty, which has long been predominantly a rural phenomenon, has become more urbanised.

Although urban poverty in Malaysia is not a serious phenomenon, it is far more harsh and extreme than rural poverty. Low levels of education or skills, lack of employment opportunities, low wages, large family size and lack of basic amenities are among the factors causing urban poverty.

However, the cost of living generally tends to be higher in urban areas as food, transportation and housing are more expensive.

There are many households that do not have access to basic amenities although they earn incomes above the PLI. These households suffer from conditions associated with poverty.

The higher costs of living in the cities have forced urban dwellers, especially low-income earners, to take on additional jobs for extra income or to work overtime.

A monthly salary of RM1,200 to RM1,500, which is about average for this category of workers, is not sufficient, given that house rentals alone cost about half of these amounts in the cities.

The local authorities do provide city hall houses, but the number is limited. Both spouses have to take up second jobs, as supplementary income is needed for family survival.

A similar salary in smaller towns can give income earners a higher standard of living due to lower costs of living. In the metropolitan areas, this salary level is insufficient.

Involvement in two or three jobs not only affects the quality of services, but also increases the stress levels for individual workers, which in turn affects the health status. The quality of family life is also adversely affected and this can give rise to various social problems among youth, resulting from a lack of parental supervision.

The greater dependence on cash incomes makes urban households more vulnerable to income and price changes. Although the incidence of urban poverty has declined from 3.3% in 1999 to 2.5% in 2004, many problems and challenges still exist. Households that are classified as “near poor” also require policy attention as they are the most vulnerable groups and are likely to slide into poverty.

The poor are particularly vulnerable to the impact of financial and economic crisis under globalisation. The globalisation process is changing economies, environments, cultures and societies that would affect the urban poor adversely.

Studies have shown that the actual impact of the economic crises on the social sector in Malaysia is multi-faceted. It ranges from impacts felt at the household (micro) level – with changes in employment, income and prices – to those at the macro level – with changes in the incidence of poverty and income distribution – and at the ideational level with changes in policy and traditional ways of viewing poverty.

Thus, the Government needs to be better prepared for future possible economic shocks, to assist the poor and those with incomes barely above the PLI from falling back into poverty.