The ringgit will strengthen “gradually” over the next year or two and the managed float system will probably stay for some time, Moody’s analyst Steven Hess said in an interview in New York yesterday. Malaysia’s debt ratings won’t be affected by the peg change, he said.

“As the exchange rate appreciates, that could improve the government debt ratio,” Hess said. “We also think that it could be good for domestic demand, which could raise the level of economic growth.”

The government’s external debt totaled RM34.7bil at the end of 2004 and its domestic debt was RM181.9bil, according to central bank estimates.

The central bank expects inflation will average 2.5% this year compared with 1.4% in 2004.

“Foreign investors will probably look at us. Our ratings have been going up gradually,” said Mushthaq Ibrahim, chief investment officer at Amanah SSCM Asset Management Bhd.

“After this initial euphoria, then it will back down to the basics of competitiveness and the valuation of companies.”

The central bank “can keep interest rates lower as a result of the higher exchange rate than they would have been able to do otherwise because inflation will be probably less,” Hess said in the interview. “If interest rates are less, then the service on the domestic debt will also be less, so this is positive for the government’s financial position.”

In December, Moody’s raised Malaysia’s foreign-currency rating one level to A3, the highest since 1998, citing efforts to reduce the budget deficit. Moody’s rated Malaysia as high as A1 in March 1995.

Higher ratings made it cheaper for companies, including IOI Corp. and Hong Leong Bank Bhd 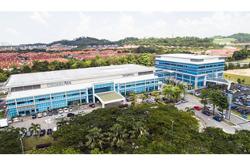