KOMAG USA (Malaysia) Sdn Bhd is collaborating with Multimedia University (MMU) to produce Master and PhD degree students in plasma physics to expand the pool of plasma scientists in the country.

“Plasma” is the fourth state of matter after solids, liquid, and gas.

“To groom a new generation of graduate students with skills that can be applied in modern industries, you need a university with the right faculty and the right students.

“Most of all, you need a testing ground of ideas and a place where the students can see what their skills eventually would be used for.

“MMU will provide the staff and students, and Komag will provide the testing ground of ideas and on-the-job-training required for success,” he said after signing a memorandum of understanding (MoU) with MMU to formalise the donation of the sputtering machine.

Tan said there was only a handful of experts in plasma science available in the country now.

“As plasma physics is a key technology of the future, the country needs to have a few hundred plasma scientists by 2020,” he added.

Tan said both Komag and MMU had spent a few million ringgit to set up a laboratory at MMU for the sputtering machine to be installed for use by early next year.

“The machine can help train two to three plasma science post-graduate students a year,” he said. “With such a machine, MMU can now attract world-class experts in plasma physics to teach and conduct research in MMU.”

Komag is the world’s largest independent supplier of thin-film disks, which is the primary high-capacity storage medium for digital data. 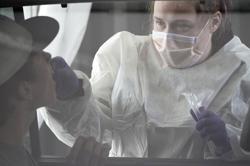 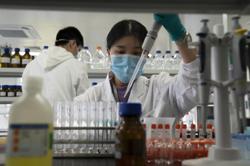