All eyes on second board 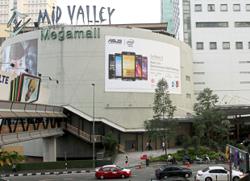 INVESTORS and regulators are expected to set their eyes on the second board of the Kuala Lumpur Stock Exchange (KLSE) come Monday.

This is because starting April 7, all securities listed on the second board, including those currently classified under Practise Note 4 (PN4) conditions, will be traded in standard board lots of 100 units, against 1,000 units previously.

As at March 27, there are 351 counters listed on the second board.

Apart from that, all initial public offerings (IPOs), whether on the second board or main board, will also be traded in board lot of 100 units per lot starting next week. According to the KLSE, about 5 IPOs are scheduled for listing in April.

Market observers say a good showing of daily volume on second board counters will imply that the measure, introduced by the government, has met its objective of “stirring up” trading interests among retail investors. And that is likely to have a positive sentiment on the subsequent implementation of such smaller, standardised board lots on the rest of the KLSE stocks.

But there are beliefs among analysts and dealers that come Monday, trading in second board counters could spark little excitement, except for a few speculative stocks, given the current weak market sentiment.

This is because the implementation of such a measure was aimed at wooing retail investors rather than institutional funds. And most retail investors are just not ready to place their monies into equities yet, in view of the lacklustre sentiment.

And to most retail investors, speculative stocks are perhaps not the best place to invest in now, a director of a local research house says. “Genuine investors are probably better off investing in battered-blue chip stocks,'' he adds.

In addition, save for a handful of local funds, most institutional funds do not invest into second board stocks. Fund mangers are bound by certain investment charters that may prevent them from investing in small paid-up companies, like second board companies.

“Moreover, to most institutional funds, trading in multiples of 100 units or 1,000 units makes no different to them. The measure is more towards encouraging retail investors to enter the stock market to create liquidity,'' he points out.

TA Securities head of research C.K. Ngu says the introduction of smaller board lots should by right attract more retail participation in second board stocks.

“But there are other overriding factors such as the on-going US-Iraq war and the Severe Acute Respiratory Syndrome (SARS) disease that has caused investors to pull back their investments,'' he adds.

Nonetheless, Ngu points out that selective second board stocks have already shown signs of life in the past few days, a sign that could indicate some action in the coming week.

“Already, we are seeing some activity in some second board counters. In fact, the Second Board Index has performed quite well this week,'' Ngu notes.

But he is quick to point out that the any excitement on second board counters is likely to be on a selective basis rather than broad based.

Ngu's view is also shared by JF-Apex Securities dealing manager Peter Tai, who says excitement on second board stocks, is not expected to last beyond the first week. “Gains might be short-lived, as trading in second board is more likely to attract punters rather than genuine buyers,'' Tai adds.

Some market observers also believe that the implementation of smaller board lots in second board will likely reduce the size of existing odd-lots market significantly.

Currently, odd lots market allows investors to buy and sell securities that do not add up to standardised board lots of 1,000 units.

Hence, an investor who has only 900 shares of a second board company would have to deal in the odd-lots market in the past. But with the new measure, the investor could place the shares directly out in the open market as he/she will now have 9 lots of second board shares.

In view of this, there have been concerns that the implementation of standardised board lots of 100 units could result in some initial selling, as investors might want to cash out their odd lots in the open market.

But some analysts feel that such selling pressures, if ever occur on Monday, are not likely to be substantial.

ING Financial Markets senior analyst Uday Jayaram says investors who are selling on one counter might switch to other stocks deemed as more attractive. “Hence, I don't think there's going to be a huge selling pressure on stock prices,'' Uday adds.

In addition, investors who want to cash out the odd lots might have done so already, says another analyst. “And those who are holding on to the shares are mostly likely not in a hurry to do so. They might want to wait for a better price later,'' he adds.

On the issue of increased liquidity that could lead to higher volatility, Ngu of TA Securities says the market welcomes some form of volatility in view of the current lacklustre trading sentiment. “Having some volatility in the market now is better than letting the market flat out with no trading interest at all,'' he adds.

Nonetheless, most agree that the introduction of smaller board lot was deemed beneficial to the KLSE in the longer term.

According to the KLSE's deputy president (strategy and development) Abdul Hamid S.H. Mohamed, the introduction of smaller standard board lot was likely to enhance investor participation in high priced securities.

“Enhanced investor interest and participation will result in a more efficient pricing mechanism, and sustained market liquidity,'' he adds.

Hamid notes that the measure is a long-term structural change aimed to improve the Malaysian equity market.

He points out that the smaller board lot would also help reduce holdings of odd lots.

The standardisation of board lots on the second board counters was the first of four stages of the KLSE's implementation plan for the trading of securities in standard board lot of 100 units. The remaining three stages would see main board counters slowly adopting the new board lots measure, Hamid adds.

In fact, earlier this year, Singapore Exchange Ltd (SGX) said it would introduce a unit share market that allows trading of odd lots with a minimum size of 1 share starting April 14 this year.

The SGX said the unit share market would replace its existing odd-lots market, which was set up to enable trading in odd-lot parcels of shares that resulted from corporate actions such as rights issues, bonus issues and stock splits.