By the early 1980s, the impressive economic performance of Japan began to catch the attention of many governments and people from all over the world. High economic growth, productivity and products of superior quality were closely associated with Japan.

During that time no other country in the world, not even the West, seemed to be able to compete with the most sophisticated Japanese electronic gadgets, automobiles and other products.

Malaysia on its part became one of the most avid students in trying to learn the secret of this Japanese success. Datuk Seri Dr Mahathir Mohamad announced a “Look East” initiative six months after assuming the premiership in July 1981.

There is no doubt that Japan had a significant influence on Dr Mahathir’s thinking and vision of development for this country long before the implementation of the “Look East” policy.

It has been said that Dr Mahathir’s admiration for Japan and things Japanese could be traced to when he and his wife made their first trip to Japan 40 years ago.

Others have argued that it was during his tenure as Minister of Trade and Industry in the late 1970s that Dr Mahathir’s fascination for the Japanese model of development and its sterling economic performance began to grow.

Whatever, the strong desire of Dr Mahathir to industrialise the economy and build a modern Malaysian society has prompted his government to propagate the idea of learning from Japan.

Throughout his 21-year-long leadership Dr Mahathir has persistently reminded Malaysians about the virtues of learning from Japan. It has been argued that the emulation of Japanese working practices such as punctuality, hard work, group consensus and loyalty (to the company) is vital if Malaysia aspires to transform its economy.

Malaysia also feels that in addition to the inculcation of positive values and work ethic among Malaysian workers, particularly the Malays, Japanese capital is also needed to help achieve another important national agenda -- that of creating a group of respectable bumiputra entrepreneurs and businessmen.

That objective became even more pertinent as the country entered into the second decade of the New Economic Policy (NEP) period.

It was argued that Dr Mahathir was not too happy with the dismal achievement of the NEP in producing the bumiputra business class when he first came to office. Dr Mahathir had hoped for Japanese capital to link with Malay businessmen and entrepreneurs to help achieve the second major objective of the NEP.

The appreciation of the yen (endaka) in the 1980s and 1990s had significantly influenced the expansion of many Japanese corporations abroad. Massive inflow of Japanese Foreign Direct Investment (FDI) into Malaysia and other countries in the region coincided with the first decade of the “Look East” period.

The role of Japanese FDI, loans and aid has been instrumental in transforming the economy of this country from one that was commodity-based to an industrialised one.

In retrospect, Malaysia’s economy has definitely benefited from the gradual flow of Japanese FDI into this country in the 1970s and, even more significantly, in the decades of the 1980s and 1990s, before the bursting of the (Japanese) bubble economy. Malaysia and other Asean economies have benefited significantly from those investments for more than a decade before the unprecedented 1997-98 East Asian financial and economic crises.

The positive image of Japan has remained unaffected in Malaysia even when the credibility of that country, both at home and abroad, has been tarnished by the inability of the government to tackle the multitude of the problems, particularly the Japanese economy, since the early 1990s.

The willingness of Japan to extend the US$30bil loan under the Miyazawa Plan to the troubled economies of Malaysia and its Asean counterparts during the height of the 1997-98 East Asian financial crises only confirmed Dr Mahathir’s positive view of Japan as a reliable partner of this country.

It may be concluded that the strong commitment of Japan, whose own economy has been plagued by many problems, in reviving the economy of this region has made that country more endearing to Malaysia.

Many see Dr Mahathir as the special link between their country and Malaysia. They fear it would no longer be the case once Dr Mahathir leaves political office.

Nevertheless some Japanese I have spoken to are optimistic that the solid Malaysia-Japan relations which have developed during the last two decades would continue in the post-Mahathir period.

Recent visits to Japan by Malaysian leaders like Datuk Seri Najib Razak and Datuk Hishammuddin Hussein have been viewed as a good sign that Malaysia is serious about maintaining its “special” ties with Japan after Dr Mahathir.

Another good sign for the continued excellent bilateral ties between Malaysia and Japan is the growing awareness about and interest in Malaysia among young Japanese in recent years.

As observed by one Japanese diplomat who had worked in Malaysia, he attributes the personal role of Dr Mahathir and the “Look East” policy to the growing interest in Malaysia among the younger generation. It is also interesting to note that younger Japanese public officials seem to identify themselves more closely with Asia.

In conclusion, Malaysia’s relations with Japan which have developed significantly since the early days of the “Look East” policy have also contributed to the positive development of intra-Asean relations as well as Japan’s overall ties with the region.

Malaysia, under Dr Mahathir’s leadership, has succeeded in not only fostering good bilateral relations with Japan but also has managed to include the active participation of Japan in the reconstruction process of the Asean 10.

Common interests and mutual benefits have been promoted and gained by both Malaysia and Japan not only in areas pertaining to bilateral relations but also multilateralism as evident in the continued effort in the building of the ASEAN 10. 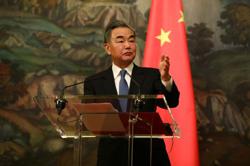