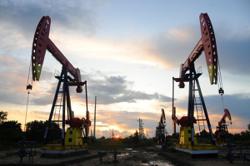 NEW YORK: Oil settled lower for a fifth straight session on Thursday as traders shrugged off the closure of a major Canada-to-US crude pipeline, focusing instead on concerns that global economic slowdowns would slash fuel demand.

Canada's TC Energy said it shut its 622,000 barrel-per-day Keystone pipeline, which is the primary line shipping heavy Canadian crude from Alberta to the US Midwest and Gulf Coast, after a spill into a Kansas creek.

The line has had several spills since it began operating in 2010.

Oil prices rose after the company announced the closure, but the rally dissipated as analysts noted that the US Gulf is likely to have enough inventory to handle short-term outages. Several analysts also said the section of the line that goes to Midwest refiners could be restarted soon. TC Energy has not announced when the pipeline would reopen.

"I would tend to think that, any minute here, you're going to see a headline hit the tape that's going to say that Keystone is going to be back sooner rather than later," said Bob Yawger, director of energy futures at Mizuho in New York.

The energy markets are weighed down by fears of an economic slowdown, weakening fuel demand amid the prospect of more US interest rate hikes, with the Federal Reserve widely expected to raise interest rates by 50 basis points next week.

Limiting losses was an announcement by China on Wednesday detailing the most sweeping changes to its strict anti-Covid regime since the pandemic began, while at least 20 oil tankers faced delays in crossing to the Mediterranean from Russia's Black Sea ports.

The 14-day relative strength index for Brent was below 30 on Thursday according to Eikon data, a level taken by technical analysts as indicating an asset is oversold and could be poised for a rebound.

Both Brent and US crude hit 2022 lows on Wednesday, unwinding all the gains made after Russia's invasion of Ukraine exacerbated the worst global energy supply crisis in decades and sent oil close to its all-time high of US$147.

Western officials were in talks with Turkish counterparts to resolve the tanker queues, a British Treasury official said on Wednesday, after the G7 and European Union rolled out new restrictions aimed at Russian oil exports. — Reuters 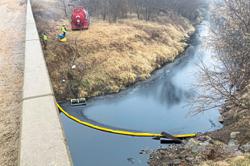