KUALA LUMPUR (Bernama): The Bank Rakyat’s Sukuk Wakalah programme with a nominal value of RM10bil can diversify its portfolio while increasing the regulatory ratio for the banking business’ needs.

“As you all know, Sukuk is a long-term fund, the whole idea is to stabilise the funding situation, part of the liquidity management, this is the bank's planning to ensure we have good funding portfolio,” he told the media after the signing of the agreement for the Bank Rakyat Sukuk Wakalah programme here on Friday (Sept 18).

The 30-year programme would be implemented through a special purpose company, Imtiaz Sukuk II Bhd; the first issue of the sukuk is expected to begin soon with a size of RM500mil and an option to increase it.

“This Sukuk programme is offered for between three and five years,” Rosman said.

He represented Bank Rakyat in signing the agreement with a number of financial institutions including principal adviser and lead arranger Maybank Investment Bhd, which was represented by its CEO Fad'l Mohamed.

The programme is structured on the Shariah principle of Wakalah Bi Al-Istithmar approved by the Securities Commission Malaysia and given an AA2(s) rating by RAM Rating Bhd.

Rosman said Bank Rakyat is on a solid footing and has no cash flow problems.

“The issuance is a choice as it is based on balance sheet growth. This is all about managing stability; I want to emphasise here that Bank Rakyat does not have any liquidity problems,” he said.

He said the Sukuk market as a significant source of financing for large-scale investment projects plays an important role in facilitating the economic development process.

“Sukuk has contributed 70 per cent of the issuance of corporate bonds in the country since 2017. For market investors, Sukuk can provide greater potential to diversify their investments. Thus, the development of Sukuk is very important as an alternative for the development of an economy,” he said.- Bernama 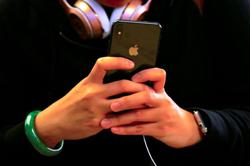