The liquidator of London Biscuits Bhd is calling for a meeting of creditors of the company in Johor Bahru on March 24.

is calling for a meeting of creditors of the company in Johor Bahru on March 24.

In a statement to Bursa Malaysia on Thursday it said the meeting would be held at the company's premises at 1, Jalan Istimewa 2, Taman Perindustrian Desa Cemerlang, Ulu Tiram, Johor Bahru at 9am.

The meeting is to amongst others, update the status of the winding-up of the company and determine whether or not the creditors require the appointment of a committee of inspection to act with the liquidator, and if so who are to be the members of committee.

For a creditor to vote at the meeting, the Form 55 Proof of Debt (General Form) must be lodged with the liquidator, no later than 12pm on Feb 28 at London Biscuits Berhad (In Liquidation), c/o Level 10,1 Sentral, Jalan Rakyat, Kuala Lumpur Sentral.

“The company will make the necessary announcements as and when there are further developments, ” it said.

In the statement to the accounts for FY ended Sept 30,2019, it said the group faced significant challenges in its operations arising from the financial issues and defaults of its banking obligations.

“Although the prospects of the confectionery, potato, snacks and candies segment remains good with stable order book, the management has been unable to capitalise on these opportunities due to operational cash flow constraints.

“ As such, it is streamlining its operations to reduce its operating costs, reducing headcount and other cost control measures to reduce it monthly operating expenditure and to preserve cashflow for core manufacturing activities.

“The management expects significant challenges over the next six months and will attempt to ensure that normal commercial operations continue to operate on a best endeavour basis, ” it had then stated. 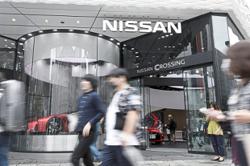 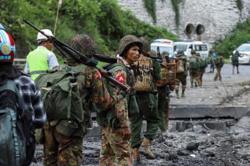