VIENTIANE (Vientiane Times/Asia News Network): Prime Minister Phankham Viphavanh has told the ongoing sitting of the National Assembly that the government will strive to repay public debt to prevent Laos from going into default.

Laos is facing financial and economic difficulties after years of accumulating debt that has now reached a critical level.

The World Bank has projected that Laos’ public and publicly guaranteed debt will surpass 100 percent of gross domestic product (GDP) by the end of this year.

Addressing the National Assembly on Tuesday, the prime minister said the government is doing all it can to repay the debts owed to foreign countries and avoid default.

Minister of Finance Bounchom Ubonpaseuth assured members of parliament that Laos is able to repay all of its debts.

Laos has significant new sources of revenue from piloted mineral exports and the mining of digital currencies, he said.

Revenue earned from these new sources has now exceeded US$120 million and 420 billion kip.

“These are the outstanding measures in revenue collection for 2022,” the minister said.

Meanwhile, revenue is expected to exceed the target figure for 2022 by 6.27 per cent, amounting to more than 1,981 billion kip.

The minister also said Lao authorities had negotiated the postponement of debt payments with some creditors, enabling Laos to relax its borrowing plans.

Minister of Planning and Investment Khamjane Vongphosy told the National Assembly that Laos is likely to achieve two indicators of the balance of international payments.

He explained that Laos had enjoyed a trade surplus of US$911 million in the first nine months of this year, with the figure expected to rise to US$1,199 million for the whole of 2022.

Although the indicators are set to be met, the minister said only a relatively small proportion of foreign currency earned from exports and capital sourced from foreign-funded development projects in Laos had entered the banking system.

The government assured Assembly members that it will pursue macro targets. In this regard, it will strive to achieve GDP growth of 4.4 per cent this year, an increase from the 3.5 per cent recorded last year. 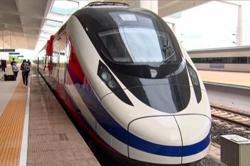