BEIJING (Bloomberg): China’s top law enforcement body pledged to crack down on "hostile forces” and their "sabotage,” comments that appeared intended as a warning to protesters angry about Covid-19 policies and to provide justification for government efforts to suppress dissent.

Security czar Chen Wenqing used a meeting of the Communist Party’s Central Political and Legal Affairs Commission to urge law-enforcement agencies to take strong measures to safeguard national security and social stability, according to a statement.

"Illegal and criminal acts that disrupt social order” won’t be tolerated, the commission said at the meeting, which was held on Monday and not disclosed until late Tuesday (Nov 29).

While the statement made no reference to widespread protests against China’s Covid Zero strategy last weekend, the timing suggested it came in response to the rare outpouring of criticism.

Chen -- a Politburo member who was previously China’s chief spy -- delivered "recent decisions and arrangements” from the top party leadership, the body said, without elaborating.

The commission’s warning marks the first time the Chinese government has blamed "hostile forces” for the protests -- the most significant display of unrest of President Xi Jinping’s decade in power. The Communist Party has often attributed internal unrest to foreign meddling over the years, without saying who it is referring to or providing evidence.

Hu Xijin -- the retired editor-in-chief of state-backed tabloid Global Times and a vocal pro-government commentator -- said on Twitter that the statement "conveyed a clear message of warning.” "The protesters must have understood it. If they repeat those protests, the risks will increase severely,” he said.

The messages come two days after thousands of demonstrators took to the streets of Shanghai, voicing their anger at China’s zero-tolerance Covid approach. The protests, which also arose in Beijing, Wuhan and a number of other cities, were prompted by concern that virus restrictions contributed to a deadly fire in an apartment block in the northwest Xinjiang region last week that killed 10 people and injured nine.

In the days since, large numbers of police have been stationed around protest sites, with officers checking identification and smartphones of passersby, apparently for videos of unrest and apps banned in China, like Twitter and YouTube.

The heavy police presence seems to be preventing further demonstrations, with plans still being shared in social media groups and encrypted messaging apps.

Beijing has previously claimed that foreign "black hands” encouraged democracy protests that shook Hong Kong in 2019, often to push back against criticism from the US and its allies. Chinese diplomats also blame "foreign forces” for trying to foment unrest in Xinjiang or interfere in Taiwan matters as a way to prevent China from developing.

The US government has used deliberately cautious language in its responses to the protests to avoid the impression that it’s encouraging them, a senior Biden administration official said. Still, Ambassador Nicholas Burns, the country’s top envoy to Beijing, used a speech to the Chicago Council on Global Affairs on Tuesday to urge China not to suppress the "extraordinary” demonstrations.

Although the foreign forces narrative has long appeared to have wide acceptance within China’s heavily censored social media environment, there have been signs of skepticism. Footage of a recent protest in Beijing showed an unidentified man warning the crowd around him of "foreign actors” among them.

Demonstrators challenged the comments, pointing out that the Communist Party’s ideological forebears hailed from places like Germany and Russia. A number of people shout back: "What foreign actors are you talking about, Marx, Engels, Lenin or Stalin?” Bloomberg News wasn’t immediately able to verify the video. 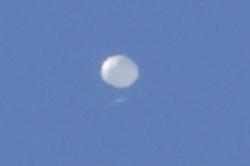