With 1,378 cases reported last week, Hanoi is entering the peak of the dengue fever season. Cases are expected to keep rising this month and may only begin decreasing next month.

According to Hanoi’s Centre for Disease Control (CDC), last week’s caseload was an increase of 2.6% compared to the previous week.

Two more deaths relating to dengue were reported in Chuong My and Ha Dong districts.

The city also recorded 31 more outbreaks across the city, with circulating dengue virus types identified as DENV1, DENV2 and DENV4.

Dengue fever is a disease characterised by fever caused by the dengue virus transmitted by mosquitoes. Symptoms of the disease usually appear after four to seven days and last five to seven days, according to the doctor.

Initial symptoms are fever, headache, pain behind the eye socket, muscle and joint pain, and a red rash. Most patients will recover after five to seven days.

If not treated, these symptoms can progress to shock, organ failure and severe bleeding, leading to death.Vu Duy Hung, Head of Medical Profession, Hanoi’s Department of Health, said that according to surveillance data from 2017 to 2021, on average, Hanoi recorded about 12,900 cases of dengue each year. — Vietnam News/ANN 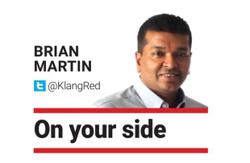