YANGON (Xinhua): Six people were killed and many others were injured on Wednesday (Oct 5) after a six-wheeled vehicle overturned in southeastern Myanmar's Kayin State, a rescue official said.

The accident was caused by brake failure, and occurred on the Myawaddy-Kawkareik Asia Road in Kayin State's Myawaddy township at around 4pm local time (0930 GMT) on Wednesday.

"There were 28 people on board the vehicle. Six people were dead and all others were injured. It occurred because of brake failure," Soe Moe Htay, Chair of Thingyan Nyi Naung Myothit rescue organization, told Xinhua.

The people on board the car are members of a Myanmar traditional dance troupe, he said, adding that casualties were high because the vehicle was fully loaded with dance equipment and the people rode the car on the loaded materials.

The injured were sent to a nearby hospital for medical treatment, and eight of them were in critical condition, he added. 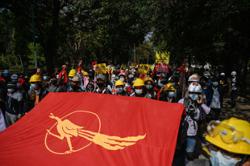 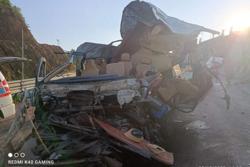