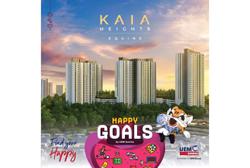 Space to call my own: Png (left) is living in a heritage shophouse while Guay is living in an apartment unit in another shophouse. — The Straits Times/ANN

The space, in a four-storey River Valley shophouse, is about 60sq m in size, as big as a two-bedroom condo unit in the area.

“I considered buying a home, but it’s a big commitment for the long term and I wanted to explore living in different types of places,” said Guay, 29, who has been renting the space run by CP Residences since June.

More young Singaporeans, compared with older age groups, are considering renting and flat sharing as they find current property prices too high, according to a consumer sentiment study released by real estate portal PropertyGuru in September.

CP Residences chief executive Wendy Yap said the tenant mix across its co-living apartments has changed from one that is being largely composed of foreigners.

“A shift in mindset in the local population towards renting compared with buying, and the time it takes for the young to attain home ownership due to increasing property prices, are some factors that have propelled the increase,” she said.Those aged 29 to 34 yearn to have their own space away from their family home, and more young couples turn to co-living spaces before buying a flat, Yap added.

Cove co-founder Luca Bregoli said some are “impatient to have their own space and freedom”, citing couples living at Cove co-living spaces while waiting for their Build-To-Order (BTO) flats.

Senior product designer Christabel Png, who is 29 and single, said she moved out of her parents’ home as she believes this would lead to less friction between them and result in a stronger relationship.

Co-living spaces offer a good option – for her, the draw was the three-month lease term offered by Figment, which manages the co-living space in a heritage shophouse in the city centre.

“Most landlords ask for a two-year lease and I prefer not to commit for so long. I like having the flexibility,” she said.

“I also really like (the) aesthetics of the shophouse I’m living in, it’s very traditional and has that old charm to it.”

Bregoli said the Covid-19 pandemic has been a major driving factor behind the surge in popularity for co-living spaces.

“With the new normal of hybrid work and work-from-home, more people value the community and social aspect of shared housing,” he added. — The Straits Times/ANN 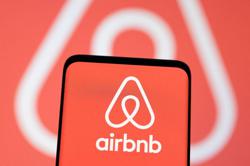 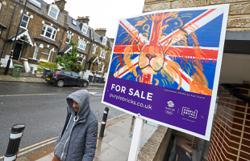