By Josephine Ma and Zhuang Pinghui

US President Joe Biden’s declaration last week that the Covid-19 pandemic is over in the United States lit a firestorm domestically and globally.

Days before the bold declaration, World Health Organization (WHO) Director General Tedros Adhanom Ghebreyesus told reporters that the end of the pandemic was “in sight”, though he stressed it had not arrived yet.

WHO later clarified that vaccination, testing and treatment efforts should be stepped up to make the end of the pandemic possible.

Analysts said Biden’s declaration was premature and Covid-19 will still pose health risks for many countries, but these public statements were reminders that China should quickly adopt an exit strategy for its zero-Covid policy, especially as other countries drop restrictions and prepare to live with the virus in the long term.

Coronavirus:‘Blood on your hands’ if world stops tackling Covid, WHO warns

Who can declare the Covid-19 pandemic over?

“I think his remark was not from a public health or epidemiology perspective. When he said the pandemic was over, that mainly reflected the fatigue in society,” said Huang Yanzhong, senior fellow for global health at the Council on Foreign Relations in the United States.

Officials and experts have tried to walk back Biden’s statement.

“He was saying we’re in a much better place with regard to the fulminant stage of the pandemic .... It really becomes semantics and about how you want to spin it,” Anthony Fauci, Biden’s chief medical adviser, said in a live event hosted by The Atlantic, referring to the stage of the pandemic when there were sudden unpredictable spikes in death and disease. 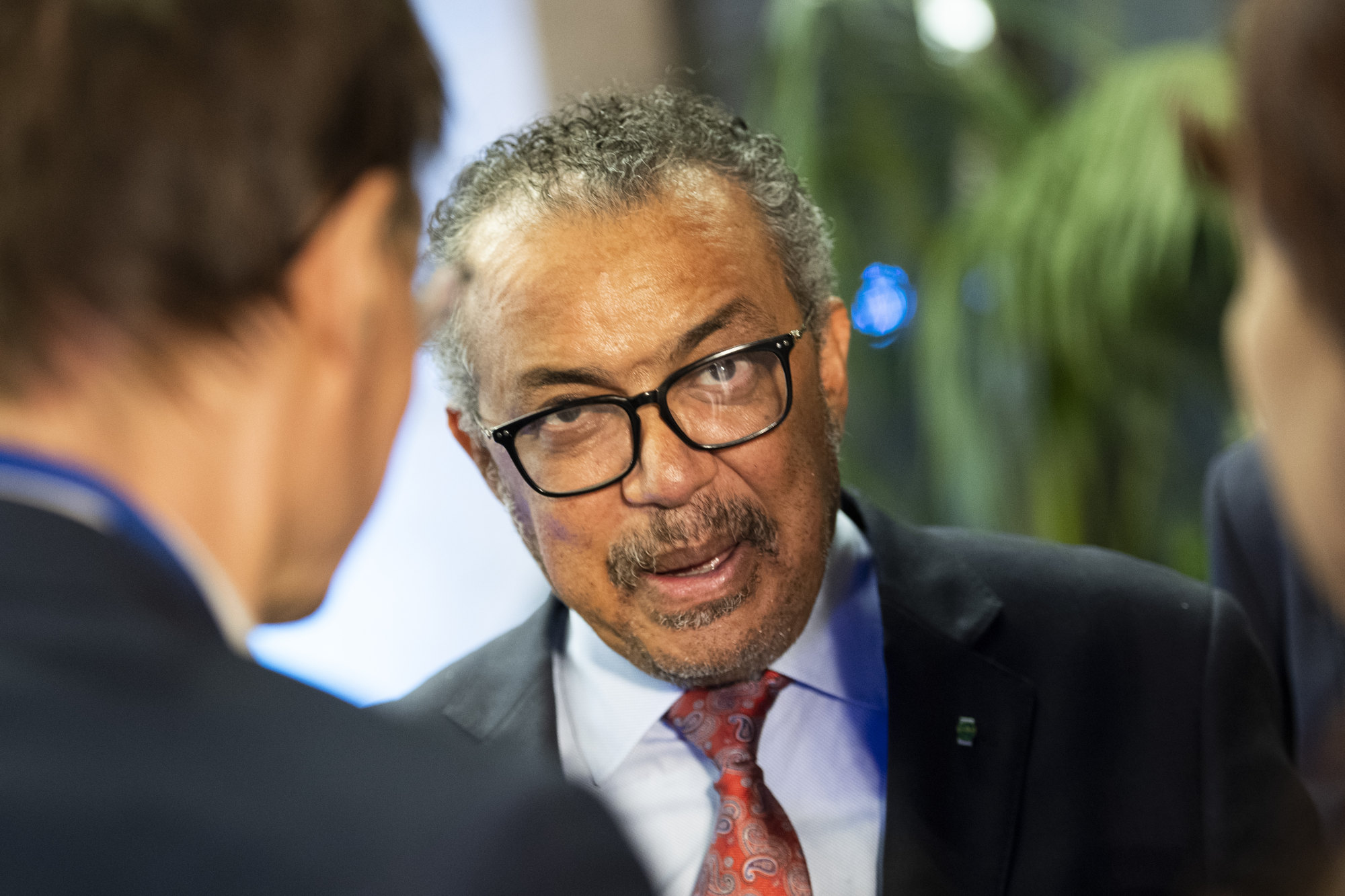 The public health emergency’s eventual end in the United States will have a major impact on low-income people’s eligibility for government aid to cover Covid-related medical bills.

Worldwide, ending the PHEIC is a complicated process.

The WHO said it was in active discussions with an expert panel that regularly reviews whether Covid-19 still constitutes a PHEIC.

Although the global body began to characterise Covid-19 as a pandemic in March 2020, it said it was not in the position to declare the pandemic over because there was never a formal pandemic declaration.

“As we’ve said, we don’t declare pandemics, so we won’t be declaring if a pandemic is over,” Maria Van Kerkhove, an infectious disease epidemiologist and the WHO technical lead on Covid-19, said last week.

The WHO declared Covid-19 a PHEIC on January 20, 2020. A committee was then established to review the situation and recommend responses. But the end of a global emergency cannot be decided by just a few countries as each country faces a very different situation.

“There are a number of factors that need to be taken into consideration and these are still under discussion, looking at what is happening at a global level, what is happening in each country with the virus itself, with the epidemiology and the potential futures of that epidemiology ... the impact of the circulation of this virus in terms of morbidity, in terms of mortality, in terms of impact on the economies around the world and the drivers for that impact,” Van Kerkhove said.

Where are we now and what should be done?

Zhang Zuofeng, chair of the epidemiology department at the Fielding School of Public Health at the University of California, Los Angeles, said the mortality rate was still too high and vaccination coverage too low for the US to declare the health emergency over.

“Considering the US still has around 400 Covid-19 related deaths daily, and a vaccine coverage of 67 per cent in the US population, I believe it is too early to consider that the end of Covid-19 is in sight.”

“The critical point is to raise the vaccination rate, especially among people over 65 years old,” Zhang said, adding that if the US cannot increase vaccine coverage, it would be difficult to reduce the number of deaths to a level closer to the flu’s fatality rate.”

Tedros told the UN General Assembly on Friday that although the global situation was much better than before, the emergency could not be declared over unless the gap closes between the “haves and have nots” when it comes to vaccines, tests and treatments.

“These inequities are not just a risk for those they affect directly; they are a risk for all of us. So closing them is essential if we are to truly end the pandemic,” he said.

Oral antiviral drugs are limited or non-existent in some low-income countries, according to the WHO meeting.

Dale Fisher, senior consultant in the division of infectious diseases at Singapore’s National University Hospital and former chair of the steering committee of the Global Outbreak Alert and Response Network, said it was not time to declare the emergency over because it would send the wrong message.

“There are some countries where only about 20 per cent of the population is vaccinated. There’s still quite a lot of work to do globally, and we’re still vulnerable to surges. I’m not sure declaring the Public Health Emergency of International Concern is over is the right message to send now ... some people may just take their foot off the pedal altogether.”

Instead, each country should decide how much to intervene depending on its own situation, Fisher said.

Even if WHO eventually declares the PHEIC over, there remains a chance that a new dangerous variant might emerge and the world could face an emergency again, he added.

Emma Hodcroft, a molecular epidemiologist at the University of Bern in Switzerland who helps run Nextstrain.org, a database of genetic information, said the decline was a dangerous trend.

“While I think it’s understandable that sequencing is scaled down from its peak, I am concerned that many countries are considering, or have, cut sequencing efforts drastically. In particular, there may be an attitude that ‘others will do it’ – with the risk that everyone will stop under that pretence,” she said.

China has not officially repudiated Biden’s remarks or commented on the possibility of an end to the PHEIC.

Responding to Biden’s comments, China CDC’s top epidemiologist Wu Zunyou warned that a sixth wave is likely to hit in the winter.

“The chance for a sixth wave this winter is quite high. The probability is over 50 per cent based on three factors,” he wrote in a Weibo post.

“First, the number of infections globally remains high. Second, winter is coming and even without the emergence of new variants, the gatherings and mobility of people and the winter season is enough to bring about a new wave. Three, from the evolution of the virus in the past three years, we cannot rule out that there will be new variants.”

But he added that the chance of a massive surge of deaths was unlikely given the better treatments and vaccines available.

Should WHO eventually declare an end to PHEIC next year, there would be a major impact on China’s zero-Covid policy, said UCLA’s Zhang.

Zhang said if Beijing continues to insist on a zero-Covid policy after WHO declares an end to the PHEIC, it would make China “a lonely country” – the only nation disregarding scientific evidence and practical approaches for living with the virus.

“In this case, people will be extremely unhappy, economic development will be reduced and the government will be broken financially because of costs of mass testing and mass isolation.” 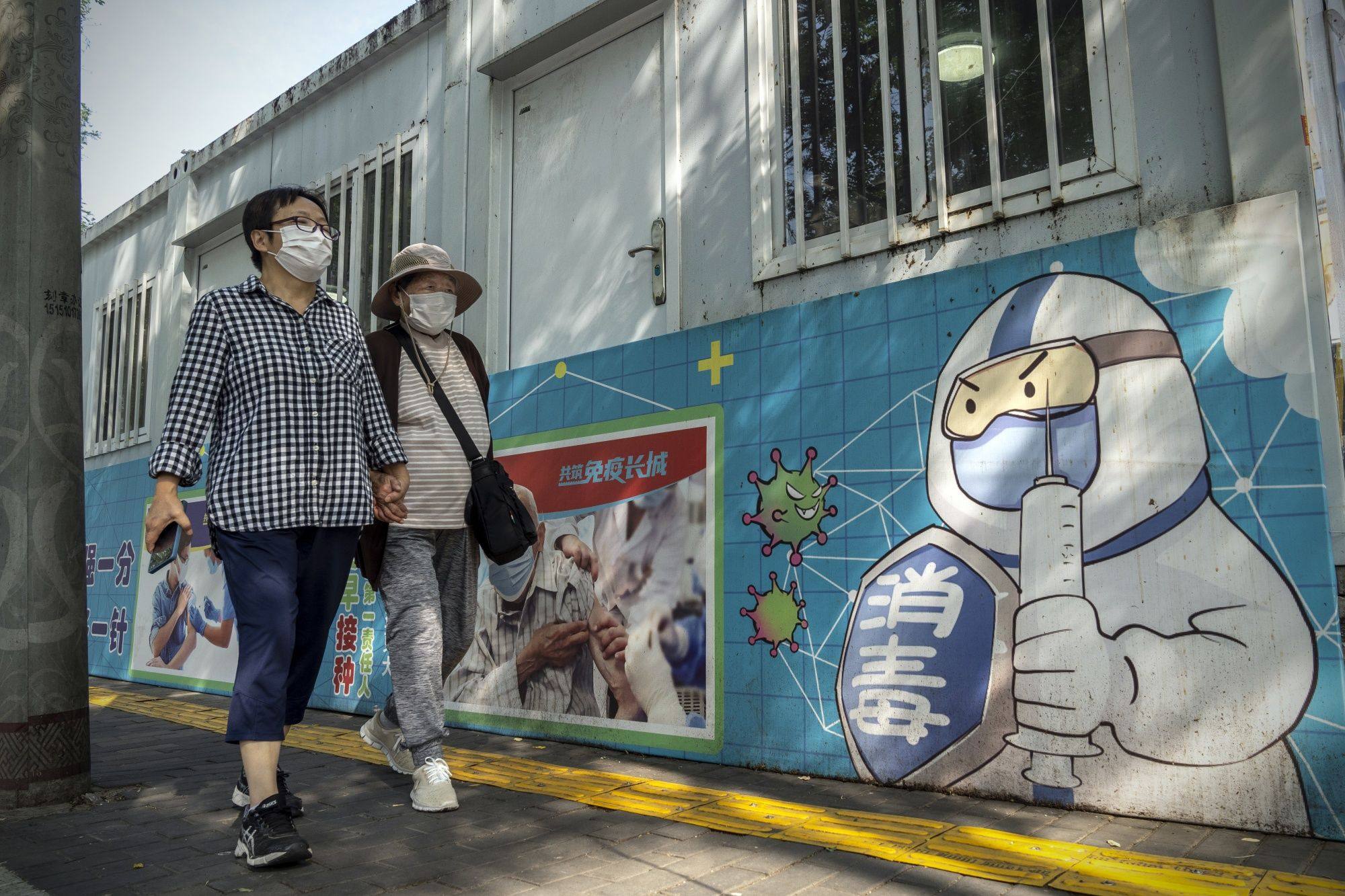 Jin Dongyan, a virologist at the University of Hong Kong, said the sooner China makes preparations to change its zero-Covid policy the better, particularly as it will take time to prepare the public psychologically.

“The demonisation of Covid has caused extreme fear among the Chinese public and it is a big problem. It would take a big effort to change the public’s perception,” he said.

Huang, the Council on Foreign Relations senior fellow, said even if the WHO eventually ends the PHEIC, the political will of Chinese leaders remains more important than the global trend.

“There would be domestic pressure for sure, because people could easily point to the WHO announcement and they would ask why Beijing is still sticking to the zero-Covid policy.”

Social media posts on Weibo have already asked why China is keeping its zero-Covid policy as Biden declared it over and Hong Kong, a special administrative region of China, has opened up its borders in welcoming overseas visitors.