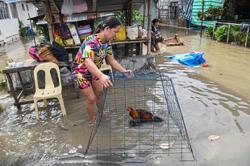 This handout photo taken and released by the Presidential Photographers' Division on Monday, September 26, 2022 shows an aerial view of a flooded area in Central Luzon in the aftermath of Typhoon Noru. - AFP

Typhoon Noru toppled trees, knocked out power and flooded low-lying communities as it swept across Luzon on Sunday and Monday.

There have so far been no reports of widespread severe damage to buildings from the storm, which hit the country as a super typhoon.

"I think that we may have gotten lucky at least this time, a little bit," President Ferdinand Marcos Jr told a briefing with disaster agencies.

Five rescuers were killed after they were sent to help flooded residents in San Miguel municipality in Bulacan province, near the capital Manila.

The fatalities were recovered from a flooded area in Bulacan province north of Manila, according to a local police report.

The entire provinces of Nueva Ecija and Aurora also north of the capital -- where some 2.5 million reside -- remain without power supply, Energy Secretary Raphael Lotilla said separately at a televised briefing Monday.

Generators will be sent to these areas, Lotilla said. More than 74,000 residents had to flee their homes due to the typhoon, which has moved away from the main island and is forecast to exit the Philippines Residents carry their belongings while evacuating from their submerged homes in the aftermath of Super Typhoon Noru in San Ildefonso, Bulacan province on Monday, Sept 26, 2022. - AFP

Lieutenant-Colonel Romualdo Andres, chief of police in San Miguel, said the rescuers were wading through floodwaters when a wall collapsed, sending them into the fast current.

"Our house was swept away by the flood, it's gone," said Willie Ortega, 59, in San Miguel. "We weren't able to save anything, even the rice to eat, none."

An elderly man died after he was hit by a landslide in Burdeos municipality on the Polillo Islands, part of Quezon province, where the storm made landfall, said Garner Jimenez from the local civil defence office.

Noru smashed into the archipelago nation on Sunday after an unprecedented "explosive intensification" in wind speeds, the state weather forecaster said earlier.

It made landfall about 100 kilometres (62 miles) northeast of Manila, before weakening to a typhoon as it crossed a mountain range, coconut plantations and rice fields.

More than 74,000 people were evacuated from their homes before the storm hit, as the meteorology agency warned heavy rain could cause "serious flooding" in vulnerable areas and trigger landslides.

But on Monday, there was no sign of the widespread devastation many had feared, as the storm moved over the South China Sea towards Vietnam.

"It all depends on the interplay of the weather systems. Each typhoon has its own characteristics," Laurel explained.

Aerial footage taken during Marcos's inspection flight over central Luzon showed rivers that were swollen or had burst their banks, and patches of farmland under water. 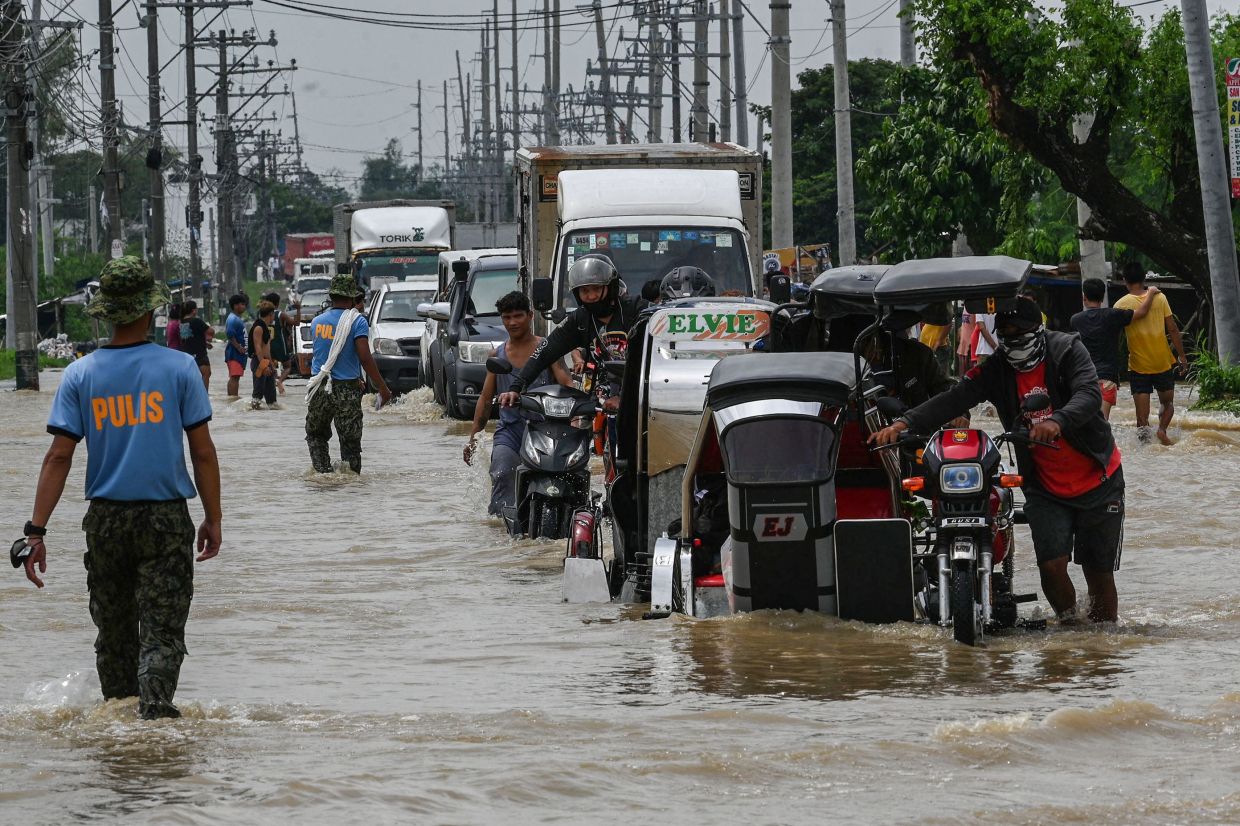 Residents and motorists commute along a flooded highway in the aftermath of Super Typhoon Noru in San Ildefonso, Bulacan province on Monday, September 26, 2022. - AFP

Officials estimate about 141 million pesos ($2.4 million) worth of crops were damaged.

"You might think that we overdid it. There is no such thing as overkill when it comes to disasters," he said.

The Polillo Islands bore the brunt of Noru with storm surges blamed for flooding coastal communities.

"The wind was whistling and it had heavy rains," said Ervin Calleja, a 49-year-old teacher in Burdeos municipality.

Ferocious winds ripped off roofs and brought down large trees. Some crops were wiped out.

"Here at the town centre all banana trees were flattened, 100 percent," said Liezel Calusin, a member of the civil defence team in Polillo municipality.

"We still have no electricity, but the phones are working."

In Banaba village near Manila, Terrence Reyes fled his riverside home with his family and neighbours as floodwaters rose during the storm.

They returned home Monday to find their belongings sodden and caked in mud.

"We just have to throw them away and start over again," Reyes, 25, said.

The Philippines -- ranked among the most vulnerable nations to the impacts of climate change -- is hit by an average of 20 storms every year. - AFP 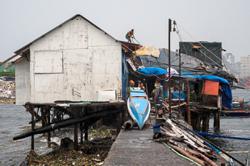