BANGKOK, Sept 25 (Jakarta Post/ANN): Garuda Indonesia can look forward to almost US$400 million in net profit next year and more in the following years, the government forecasts, pointing to a turnaround for the debt-laden national flag carrier.

Following years of hefty losses, the airline operator would achieve $399 million in profit, which would increase to $647 million in 2026, according to the Finance Ministry’s projection.

The ministry’s calculation assumes that Garuda would generate $3.6 billion in revenue next year, which would rise to $4.6 billion three years later thanks to rapid growth in annual passenger numbers to 131 million.

Meanwhile, the airline operator’s operational costs are set to be kept between $2.9 billion and $3.4 billion over the next four years.

“Looking ahead until 2026, we can see that Garuda’s profitability will keep improving,” the ministry’s state assets director general, Rionald “Rio” Silaban, told lawmakers on Thursday during a meeting with House of Representatives Commission XI, which oversees finance and the state budget

The bright projection for Garuda’s future comes just a few months after mounting liabilities pushed the flag carrier to the brink of bankruptcy, as high lease costs coincided with a sharp drop in passengers due to the Covid-19 pandemic and alleged mismanagement.

In June, the airline successfully won the majority of creditors’ approval for a proposal to restructure its liabilities. Rio said Garuda’s liabilities had reached $10.1 billion this month, but the debt restructuring had halved that amount to $5.1 billion.

The ministry also noted that Garuda’s revenue had exceeded operating costs by a margin of $22 million in the first half of this year, reversing a $2.7 billion operating loss encountered last year.

Garuda has made drastic changes to its strategy, such as only plying profitable routes, reducing the number of planes and types, slashing lease costs and generating more revenue from the cargo segment and other auxiliary sources.

Finance Minister Sri Mulyani Indrawati explained that, given that Garuda’s debt restructuring was a condition for further funding, the government could now proceed with a Rp 7.5 trillion state capital injection for the airline operator.

“The government now can go ahead with the injection, as Garuda’s balance sheet has become more manageable and the negotiations with its creditors have been done,” Sri Mulyani said in the same meeting.

Rp 4.5 trillion, or 60 percent of the total injection, will go to the maintenance and restoration of Garuda’s aircraft, as more than 28 aircraft were left idle in hangars during the pandemic, following the drop in demand.

The rest will go mostly to purchases of aviation fuel, followed by leasing fees and debt restructuring costs.

The injection will be done through a rights issue in October, with the ministry estimating that the state would maintain between 49.16 percent and 66.33 percent of ownership, depending on participation from minority shareholders.

“We were confident. Stay tuned for our announcement. We are already on a positive path. You should note that now we only fly if it is profitable for us,” Garuda Indonesia CEO Irfan Setiaputra told reporters on Thursday, after the meeting.

“We also assure you that the state capital injection won’t be used to pay debts,” he added. Irfan said soaring aviation fuel prices were still a challenge for the airline, as it made several routes less profitable than they used to be.

Moreover, the airline was still struggling to restore its fleet, which left several routes unserved by Garuda due to a lack of aircraft.

Haris Eko Faruddin, air and sea transportation analyst at state-owned Bank Mandiri, told The Jakarta Post on Friday that the four-year projection would depend on the strength of the recovery in demand this year, with many airlines still taking a wait-and-see approach.

He argued that the recent rise in inflation, stemming from soaring food and energy prices, had put pressure on people’s purchasing power and would reduce their appetite for flying, while airfares at the highest level in years complicated matters.

“I deem the projection feasible. Next year, many have projected that everything will get better, so Garuda could book a profit, but the projection could still face a setback and targets could be missed, depending on 2022,” Haris said.

He added that he expected the recovery in passenger numbers to accelerate next year, but so would the challenges, such as possible higher lease costs, competition with other airlines – including up-and-coming new ones, prolonged high aviation fuel prices and a possible return of pandemic-related mobility restrictions. - Jakarta Post/ANN 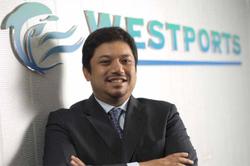