Goh Jun Le donated part of his liver to his mother Lim Gek Meng, who successfully underwent the transplant in July. - The Straits Times/ANN

SINGAPORE, Sept 17 (The Straits Times/ANN): Madam Lim Gek Meng's life was turned upside down in October 2020, when she was diagnosed with terminal colorectal cancer, which had spread extensively to her liver.

The 61-year-old's prognosis as a Stage 4 colorectal cancer patient was grim - with chemotherapy, less than 20 per cent, or fewer than one in five such patients, survive beyond five years.

Doctors at Ng Teng Fong General Hospital immediately put her on chemotherapy to limit the spread of the cancer.

To everyone's relief, she responded well to chemotherapy, the standard treatment used for patients like her. The tumours in her colon and liver shrank.

However, Madam Lim, who is currently unemployed, still had many tumours that could not be removed by surgery.

She also could not rely solely on chemotherapy as patients do develop resistance to the treatment, which would result in the cancer spreading, her doctors said in a media briefing on Friday.

In April last year, Madam Lim was given a chance at a new lease of life by oncologists, liver transplant surgeons and colorectal surgeons at the National University Health System (NUHS).

The experts picked her to be Singapore’s first stage 4 colorectal cancer patient with liver disease to undergo a liver transplant from a living donor.

The donor would be none other than her own 22-year-old son, Mr Goh Jun Le, an only child who is currently in national service.

Surgeons would cut out 60 per cent to 70 per cent of Mr Goh's healthy liver and replace Madam Lim's cancerous liver with it. Before the transplant, doctors removed the one tumour left in her colon.

Hers was also the first such transplant in South-east Asia. There had been similar transplants in other countries, such as Norway and Finland, and studies have shown a survival rate of 83 per cent at two years and more than 60 per cent at five years. With her transplant, Madam Lim's survival rate has drastically improved. She now has a more than 60 per cent chance of living for more than five years.

She is now cancer-free for the first time since her diagnosis in 2020.

Liver transplants are conventionally not recommended for stage 4 colorectal cancer patients whose disease has spread to the liver. This is because an organ transplant requires the immune system to be suppressed to prevent the body from rejecting the new organ. This may increase the risk of a cancer relapse.

However, in the last two decades, studies have shown that liver transplant is possible with very careful patient selection.

A team from NUHS, led by Associate Professor Glenn Bonney, a consultant at National University Hospital's division of hepatobiliary and pancreatic surgery, as well as international experts, formulated a practical way to select and manage these patients.

By coming up with a set of 44 stringent criteria, the team defined the specific Stage 4 cancer patient profile that would make him eligible for such a transplant, as well as the specific tests he will need and how he will be cared for after the transplant.

This comprehensive set of guidelines was published in the Lancet Gastroenterology And Hepatology, a leading medical research journal, in September last year.

Patients diagnosed with stage 2 and 3 colorectal cancer are not eligible for this transplant as the disease is still confined to the colon. Colon surgery and chemotherapy are usually sufficient to treat these patients, explained Prof Bonney.

It happens when colon cells grow out of control. The risk of colorectal cancer increases with age and can be contributed by a lack of physical activity and a diet high in processed meats, as well as alcohol consumption.

Unfortunately, these patients often have such large tumours in their livers that too little healthy liver tissue will remain if doctors are to remove the cancerous parts.

Describing her ordeal, Madam Lim said she instantly broke down in tears when she learnt of her diagnosis and worried about the limited time she had left to spend with her son.

"I am terribly grateful to all the doctors, nurses and even admin staff who have helped me in the last two years," said Madam Lim.

Medical social workers are assisting her with financial support. NUHS did not reveal the full cost of the procedure.

She was discharged from hospital seven days after the transplant and is now able to do light exercises like walking.

When asked if there was any hesitation or fear over the liver transplant process, Goh, who has recovered well with no complications, said: "She is my mother, it was a natural thing for me to do. I didn't have to think twice about it." - The Straits Times/ANN 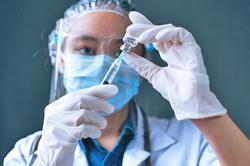