Caterer jailed over attack on ex-wife 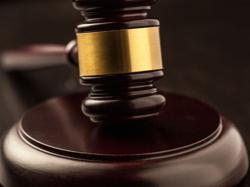 A SHAREHOLDER of food and beverage company Hjh Maimunah Catering was so unhappy with his former wife that he drove to her house during circuit breaker and flung a Molotov cocktail at it, causing damage to the landed properly.

Singapore imposed the circuit breaker between April 7 and June 1, 2020 to curb the spread of Covid-19.

Earlier media reports had identified the offender Ismail Didih Ibrahim as one of the owners of the popular Hjh Maimunah restaurant in Jalan Pisang near Arab Street.

Ismail, 37, was on yesterday sentenced to nine months’ jail after he pleaded guilty to one count each of committing an act of mischief by fire or explosive substance with intent to cause damage, as well as an offence under the Covid-19 (Temporary Measures) Act.

Ismail and the woman had tied the knot in 2017 but got divorced two years later.

Bent on revenge, he drove to her Telok Kurau house on May 12, 2020, armed with items including a half-filled bottle of thinner and a spray can of black paint.

After spraying “O$P$” (owe money, pay money) on the property even though the woman’s family had not borrowed cash from a loan shark, Ismail flung the lit Molotov cocktail at the house, causing a fire when the bottle shattered. He then left the scene.

The woman, then 32, and her family members were not aware of the incident at first as they were on an upper floor.

One of their neighbours, however, spotted the blaze and put out the fire with her own family members. They then alerted the victim’s family and the police .

Ismail has since made voluntary restitution of $5,000 to his former wife and donated $3,000 to three charities of her choice.

Police officers initially thought the case was linked to illegal moneylending activities, but investigations later revealed that Ismail had spray-painted the message out of malice.

Nobody was physically injured in the Molotov cocktail attack, but Ismail’s former wife was so traumatised that she had to attend counselling sessions.

The prosecutor added: “However, upon careful review of their reports, the diagnoses of all three psychiatrists are more or less (in agreement), in that although the initial idea to attack the victim’s house with a Molotov cocktail could have been impulsive, the actual execution of the attack was intentional and showed significant premeditation and was unclouded by his depression.” — The Straits Times/ANN 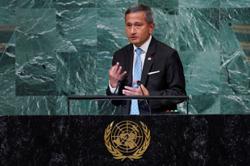