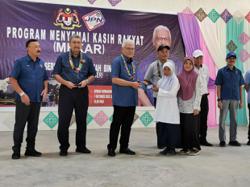 SINGAPORE (The Straits Times/Asia News Network): The dialects of a newborn's parents, which were not reflected in digital birth certificates when they were issued from May 29, will be included from Sept 1 this year.

Parents who were issued these birth certificates between May 29 and Aug 31 can download them again from Sept 1 at no additional cost, the Immigration and Checkpoints Authority (ICA) said on Friday (Aug 12).

More details will be issued later.

The change comes as several individuals had raised concerns that parents' dialects were not included in new birth certificates.

"Information about the parents' dialect continues to be registered by ICA, and is available in Singpass," the agency said. Such information is collected when parents register their newborn online.

"However, we acknowledge the feelings that have been expressed on the matter. We have therefore decided to include parents' dialect in digital birth certificates issued from Sept 1."

The dialects of both the child's father and mother will be included.

ICA added: "We should have made clear the reasons for not including the information on the parents' dialect in the digital birth certificate, and that the information was still available in Singpass."

Singapore replaced physical birth certificates with digital certificates from May 29, as part of the Government's ongoing measures to digitalise services.

In a statement, the ICA said it had received several queries about the non-inclusion of parents' dialects in the digital birth certificates.

The agency explained that several fields of information that were not necessary for policy and other administrative needs were not included in the digital birth certificate, to simplify the registration process, and to reduce the number of fields.

These include parents' country of birth, the mother's address, the child's place of birth registration, and a section called "Informant's Particulars".

ICA said that only information required for policy or other public administration needs was retained in the digital birth certificate.

However, information on a person's dialect is still available in Singpass.

Singaporeans aged 15 and older with a Singpass account can access this information via Singpass under the "Personal" tab.

Those under 21 can also find the information in their parents' Singpass profile, under the "Family" tab.

Several parents and community leaders interviewed had expressed concern over the omission of the dialect field in the digital birth certificates.

Among the first to receive a digital birth certificate was Jax Tang, who was born on May 29 this year.

Lee Hong Ping, 53, head of Hakka group Char Yong (Dabu) Association's heritage committee, said that at a time when young people do not know much about their ancestry and dialect, the authorities should help them retain their dialect and reflect it.

Francis Phua, 63, president of the Singapore Hainan Hwee Kuan, said the exclusion may lead to "rootlessness" and the decline of Chinese clan associations.

"Without knowing our dialect group, we do not know the roots of our pioneer forefathers and their sacrifices as they journeyed here from their ancestral homes in search of a better life for their future generations," he said.

The same sentiment is shared by Teochew Poit Ip Huay Kuan president Chan Kian Kuan, 72, who said: "Knowing where one's ancestors come from, and why they chose to settle down here, can give a person a stronger sense of belonging in Singapore."

Steven Mun, 53, secretary-general of Cantonese clan association Kong Chow Wui Koon, said: "It is always enlightening to understand our provincial roots and learn the beauty of the dialects."

The move affects other sub-ethnicities too.

Faizal Wahyuni, 55, president of the Baweanese Association of Singapore, said that while the onus is on parents to pass on their heritage and culture to their children, it is good to have sub-ethnicity reflected in the birth certificate.

"If there is no such categorisation, and we are only known as Malay or Singaporean, we will lose knowledge of our sub-ethnicity 40 to 50 years later," he said.

Dr Mathew Mathews, head of social lab and principal research fellow with Institute of Policy Studies, NUS, said: "While dialect and sub-ethnic identities may not be too relevant or practical for most in the Singaporean context, there is still some sentimental value and connection that people feel towards these identities."

Some, like civil servant Yuen Shuqin, feel the issue is just an administrative detail. To keep the tradition alive, the 36-year-old, who is Cantonese, will speak the dialect to her children. 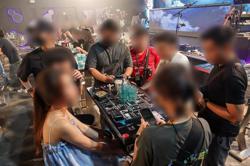 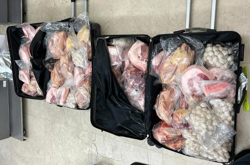