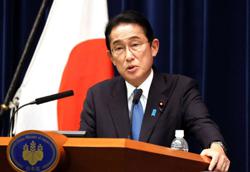 Kishida said over the weekend he would reshuffle his Cabinet to address issues including rising Covid-19 infections. - Reuters

The reshuffle, earlier than previously expected, comes as Kishida's administration faces tumbling support rates. The government has come under increasing public scrutiny on the relationship between the Unification Church religious group and ruling party lawmakers, including former Prime Minister Shinzo Abe, gunned down last month at a campaign rally.

Support for Kishida's cabinet slid to the lowest level since he took office last October, down to 46% from 59% three weeks ago, NHK public broadcaster said on Monday, results in line with other recent surveys.

The sources who told Reuters about Finance Minister Suzuki declined to be identified due to the sensitivity of the issue.

Industry Minister Koichi Hagiuda is expected to be shifted to a position outside the cabinet, the Yomiuri Shimbun daily said, without naming its sources. The paper said Hagiuda would most likely become chairman of the ruling Liberal Democratic Party's (LDP) policy research committee.

Hagiuda is a member of the LDP's largest faction, led by Abe until his July 8 killing. His move would highlight the importance of that faction and help strengthen defence policy, a key current issue for Japan given tensions surrounding China and Taiwan.

One of Kishida's advisers, Minoru Terada, and upper house lawmaker Naoki Okada are expected to be appointed to the cabinet for the first time, the Yomiuri added, without saying what they will do there.

Kishida said over the weekend he would reshuffle his cabinet to address issues including rising Covid-19 infections, but analysts say the move is also aimed at trying to halt the plunge in support rates.

Opinion poll respondents have also expressed objections to plans to hold a state funeral in September, for Abe, Japan's longest-serving but divisive premier. Respondents have in addition said political parties and lawmakers have not sufficiently explained their ties with the Unification Church. 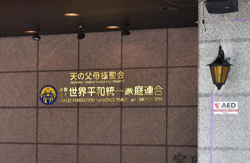 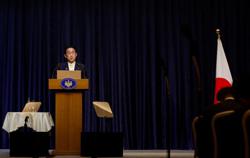