SINGAPORE (The Straits Times/Asia News Network): The Chief of Staff of the United States Air Force (USAF), General , Jr, has been given a prestigious military award for playing a pivotal role in enhancing the excellent and longstanding defence relations between the USAF and the Republic of Singapore Air Force (RSAF).

Defence Minister Ng Eng Hen presented the award to Gen Brown at the Ministry of Defence (Mindef) on Monday (Aug 8).

Mindef said that under Gen Brown's "sterling leadership", the two air forces have expanded cooperation, which included "collaboration on platform-specific cyber security (and) F-35 user exchanges" as well as the signing of a letter of understanding to promote tie-ups in innovation and digitalisation.

In 2019, Mindef announced the acquisition of four B models of the F-35 fighter jets, which will be deployed in the continental US for training and evaluation.

Gen Brown has also supported the building of interoperability between the air forces through exercises such as the bilateral Exercise Commando Sling, as well as the US-led Exercise Red Flag Nellis and Red Flag Alaska.

Mindef added that Gen Brown's support for training detachments in the continental US, as well as the RSAF's rotational fighter deployments to Guam, has enabled it to meet training needs and sustain operational readiness.

The general, who is in Singapore from Aug 7 to 10 for a visit programme, called on Dr Ng, Chief of Defence Force Melvyn Ong and Chief of Air Force Kelvin Khong at Mindef on Monday after inspecting a guard of honour at Bukit Panjang Camp.

He will also visit Sembawang Air Base on Monday and take a familiarisation flight on board an RSAF H225M medium-lift helicopter. 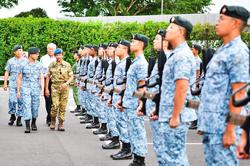 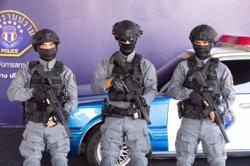