Laos police on hunt for woman over money-making scam VIENTIANE (Vientiane Times/Asia News Network): Police are in hot pursuit of a Lao woman and her husband who are believed to have fled the country after persuading members of the public to invest large sums of money in a fraudulent savings scheme.

Victims of the scam have reported being cheated out of a total of about 20 billion kip, about 400 million Thai baht, and about US$4 million, according to Lao News Agency.

People are still turning up at police stations in Vientiane to report losses.

The woman at the heart of the scam has been named as 30-year-old Phonethip Xaypanya, aka Jey Thip. She lives in Phontong Savath village, Chanthabouly district, and owns the Layla diamond jewellery shop.

She recruited followers on Facebook and lured them into a money deposit scheme that claimed to provide 30 per cent interest every month.

Many people attempted to make contact with Phonethip a few weeks ago, but learned that she had left the country with her husband.

She convinced people to part with their money by frequently posting her alleged lottery winnings on social media, creating the image of a woman who was financially successful and could help others to accumulate similar levels of wealth.

Her convincing posts fooled a lot of people into depositing money in the fraudulent scheme she devised.

Some people posted messages on Facebook saying that Phonethip and her husband had been arrested by Thai police when they entered the country, but there has been no official confirmation of these reports.

A similar incident occurred in 2017, when PS Lao Enterprise defrauded thousands of people by promising quick returns if they purchased shares in the company.

Two former presidents of the company and several top executives were arrested and given prison sentences by the Vientiane People’s Court in November 2018.

PS Lao Enterprise, a limited corporation founded in 2012 as the PS-Agriculture and Industry Development Import-Export Co, Ltd., was prohibited from soliciting deposits or trying to raise funds. 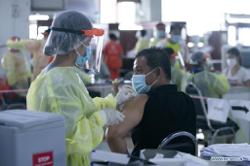