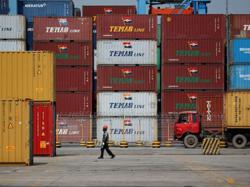 A passenger jeepney driver refuels his vehicle at a gasoline station in Quezon City, Philippines on Monday, June 20, 2022. Around the world, drivers are looking at numbers on the gas pump and rethinking their habits and finances. - AP

BALI (The Straits Times/Asia News Network): For nearly 40 years, Aristiyo Caraan has driven one of Manila's ubiquitous jeepney minibuses, the transport mainstay for construction workers, cleaners and other modestly paid workers that charges fares of only a few cents.

Before fuel prices started their dizzying ascent last year to levels unseen for at least a decade, Caraan, 64, would take home roughly 1,000 pesos (S$25) a day - enough to send his kids to school and feed his family.

But as the price of diesel soars and the number of riders dwindles, owing in part to lingering worries of Covid-19, Caraan said his income has halved.

While there had been periods of elevated oil prices before, the current price surge came after a pandemic that shuttered the economy, forced tens of millions into poverty or continued to spook riders into avoiding his jeepney.

"This is the worst oil price crisis we've ever had," Caraan told The Straits Times. "Before when oil prices were high, people were still going out. Now there are fewer passengers."

Experts say soaring fuel and food prices as well as rising interest rates will mean living expenses will rise just as some governments claw back subsidies and other spending.

"Inflation is increasingly becoming a problem for the region with headline inflation rates well above the target for most countries," Dr Khor Hoe Ee, chief economist at Asean+3 Macroeconomic Research Office (Amro), told media in a quarterly update on Tuesday (July 5).

Inflation is ravaging regional economies most exposed to exports and with fewer reserves of domestic energy.

Government data in the Philippines on Tuesday revealed that inflation in June rose at its fastest clip in four years - an annualised rate of 6.1 per cent. It was the third consecutive month that inflation rose faster than the central bank's target band of between 2 per cent and 4 per cent.

Thailand, too, said on Tuesday that inflation accelerated to an annualised 7.66 per cent, the fastest pace in 14 years.

Even in Indonesia, where subsidised petrol costs a fifth of what is currently setting back motorists in Singapore and where more than half of its gross domestic product is derived from consumer spending, inflation tipped past the central bank's preferred band of between 2 per cent and 4 per cent, based on government data last week. Inflation in Indonesia now stands at 4.35 per cent - the fastest in five years.

Amro now expects inflation in the region to grow at a rate of 6.2 per cent in 2022, up from its April forecast of 4.1 per cent, portending even higher living expenses for the rest of the year.

Governments are expected to take action which could increase the burden for households.

Economists now expect Thailand to raise its benchmark interest rate for the first time since 2018, making the cost of borrowing dearer.

In the Philippines, Felipe Medalla, who heads the central bank, indicated to Reuters this week that interest rates may rise by as much as 1 percentage point to bring rates in line with their pre-pandemic level.

"Even with no inflation target breaching, we should normalise monetary policy as GDP recovers," Reuters quoted the governor as saying.

Last week Indonesia rolled out a trial of a new mobile app in 11 jurisdictions, including West Java and Yogyakarta - but not yet the capital - that would limit the sale of subsidised petrol to smaller cars.

Inflation in Indonesia now stands at 4.35 per cent - the fastest in five years. PHOTO: AFP

Officials estimate that fuel subsidies would consume 500 trillion rupiah (S$47 billion) this year - almost the entirety of its windfall gains from record prices of energy exports including coal and from shipments of palm oil.

While fuel prices here are ultra cheap, a price hike would nevertheless hurt after years of curtailed income during the pandemic.

Mayati, 50, who owns a larger car - a Toyota Innova - is among the many who will be expected to pay more. The Jakarta resident currently pays roughly 300,000 rupiah a week to fill her tank, much of which is used ferrying her deaf 10-year-old son to and from a special school 17km away.

"I will spend double if I use Pertamax," she told ST, referring to the brand of unsubsidised petrol.

And more price hikes for Indonesians may be in the offing.

Bhima Yudistira, an economist with Institute for Development of Economics and Finance at the University of Indonesia, said producers of fast-moving consumer goods like detergent and toilet paper have hiked prices by as little as 5 per cent. But on average, manufacturers have seen the price they pay for raw materials rise by 9 per cent.

"Producers are still waiting for the right moment to raise prices at the consumer level," Bhima told ST.

For now though, GDP forecasts throughout much of the region look safe, owing to an ebbing pandemic and hefty exports to China, the European Union and the United States, and also because of dismal economic data when compared with 2021, during the depths of Covid 19.

Even so, that outlook may change should a more virulent form of the virus emerge or if the US and the EU tip into recession.

"We feel confident of robust growth in Asean as long as there is no major downturn in the West," Dr Khor said.