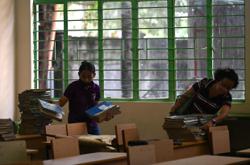 There was plenty of good and bad news when it came to love and marriage last year, as the number of marriages and divorces shot up after the first Covid-19 pandemic year of 2020 disrupted both nuptials and break-ups.

The DOS said the number of marriages rose with the easing of Covid-19 safe management measures.

DOS attributed the increase in marital dissolutions to more divorce applications filed last year and the resumption of divorce proceedings that were previously adjourned due to the pandemic.

During the circuit breaker in 2020, which began in April and ended in June, the Family Justice Courts heard only “urgent and essential” cases, such as those that constituted a threat to life and liberty or were time sensitive, said family lawyers. — The Straits Times/ANN