YANGON (Xinhua): The Myanmar navy, the naval warfare branch of the armed forces of Myanmar, has conducted a naval exercise in the Myanmar seas off Rakhine State, according to the military-owned newspaper Myawady Daily on Wednesday (July 6).

The training, Sea Sheild-2022, which started on Friday, was conducted with the participation of naval ships, including two submarines and helicopters, it said.

The military exercise is aimed at enhancing the defence capability of the navy to protect sovereignty and territory of the country, the report said. 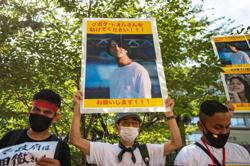