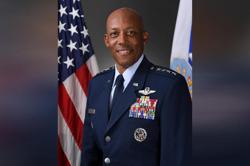 Srihari Mahendran was sentenced in 2020 to 17 years and 10 months' jail and 14 strokes of the cane for rape and other sexual offences.

His lawyer argued that the original jail term did not reflect his role as compared to that of the mastermind - the woman's then boyfriend who had roped in Srihari to fulfil his fantasy of watching another man have sex with his girlfriend.

The Court of Appeal, led by Chief Justice Sundaresh Menon, made it clear that the lower court's decision on Srihari's original jail term was "unimpeachable".

However, Srihari's overall jail term was not sufficiently differentiated from that of his co-accused, who was more culpable, said the three-judge court.

There was no change to Srihari's caning sentence.

The 30-year-old mastermind, a former auxiliary police officer, is serving a jail term of 19 years and 11 months for abetting Srihari to rape and sexually assault the victim on two separate occasions in 2016.

He was also sentenced to 24 strokes of the cane.

The mastermind cannot be named due to a gag order to protect the identity of his former girlfriend.

He had pleaded guilty in 2018 to abetting the rape and sexual assault of the woman on two occasions in 2016.

He then hatched a plan to secretly bring another man into the hotel room to join their sexual trysts, while he watched and filmed the sex acts.

On April 29, 2016, the man let Srihari, whom he had met online, into a room at Hotel 81 Bugis while the victim was bound and blindfolded.

On Aug 7 that year, he again had Srihari join them at M Social Hotel in Robertson Quay.

This time, she sensed something was wrong, took off her blindfold and saw a person leaving.

She realised her boyfriend had recorded the episode on his laptop and demanded that he call Srihari back to the hotel.

Both men were later arrested at the hotel.

An 11th charge of transmitting obscene material was taken into consideration in sentencing.

Srihari will start serving his jail term on July 20 after the court granted a deferment request by his lawyer, Edmond Pereira. 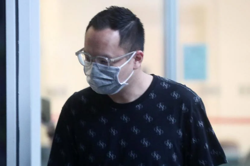 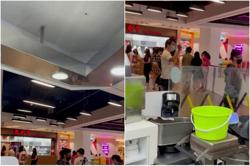