Motorcyclists ride past a banner for the G20 Foreign Ministerial Meeting scheduled to be held this Thursday (July 7) - Friday outside the meeting venue in Nusa Dua on Indonesia's resort island of Bali on Tuesday, July 5, 2022. - AFP

KIEV, July 5 (dpa): Ukraine has made its participation in November's G20 summit in Indonesia dependent on its military situation nearer the time and on whether Russia will attend.

"Our participation depends on the Russian Federation, whether it will be there," President Volodymyr Zelensky said in Kiev on Sunday, according to the Interfax-Ukraine news agency.

Indonesian President Joko Widodo, the summit's host, issued an invite to Zelensky during his visit to Kiev last week in an attempt to mediate between Moscow and Kiev.

"I told the Indonesian president that we are grateful for the invitation, but we have a security situation," Zelensky said, adding that he doubted many states would attend the summit if Russia planned to be there.

If Russian forces carried out further atrocities against Ukrainian civilians, such as the executions in the Kiev suburb of Bucha, Russia would have to reckon with "complete isolation," Zelensky warned.

The issue of global food security in light of Russia's war on Ukraine is likely to be high on the agenda at the November summit in Bali.

Russian President Vladimir Putin has already signalled his intention to attend the meeting of the G20, an intergovernmental forum comprised of the world's 20 largest economies, though it remains unclear whether he plans to attend the event virtually or in person. - dpa 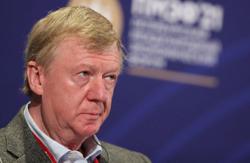