Hong Kong’s incoming and outgoing leaders attended a flag-raising ceremony at the Golden Bauhinia Square in Wan Chai on Friday to mark the 25th anniversary of the city’s return to Chinese rule.

Carrie Lam Cheng Yuet-ngor, whose five-year term expired on Thursday, showed up alongside her husband, joined by incoming chief executive John Lee Ka-chiu and his wife. Other participants included local and state officials. 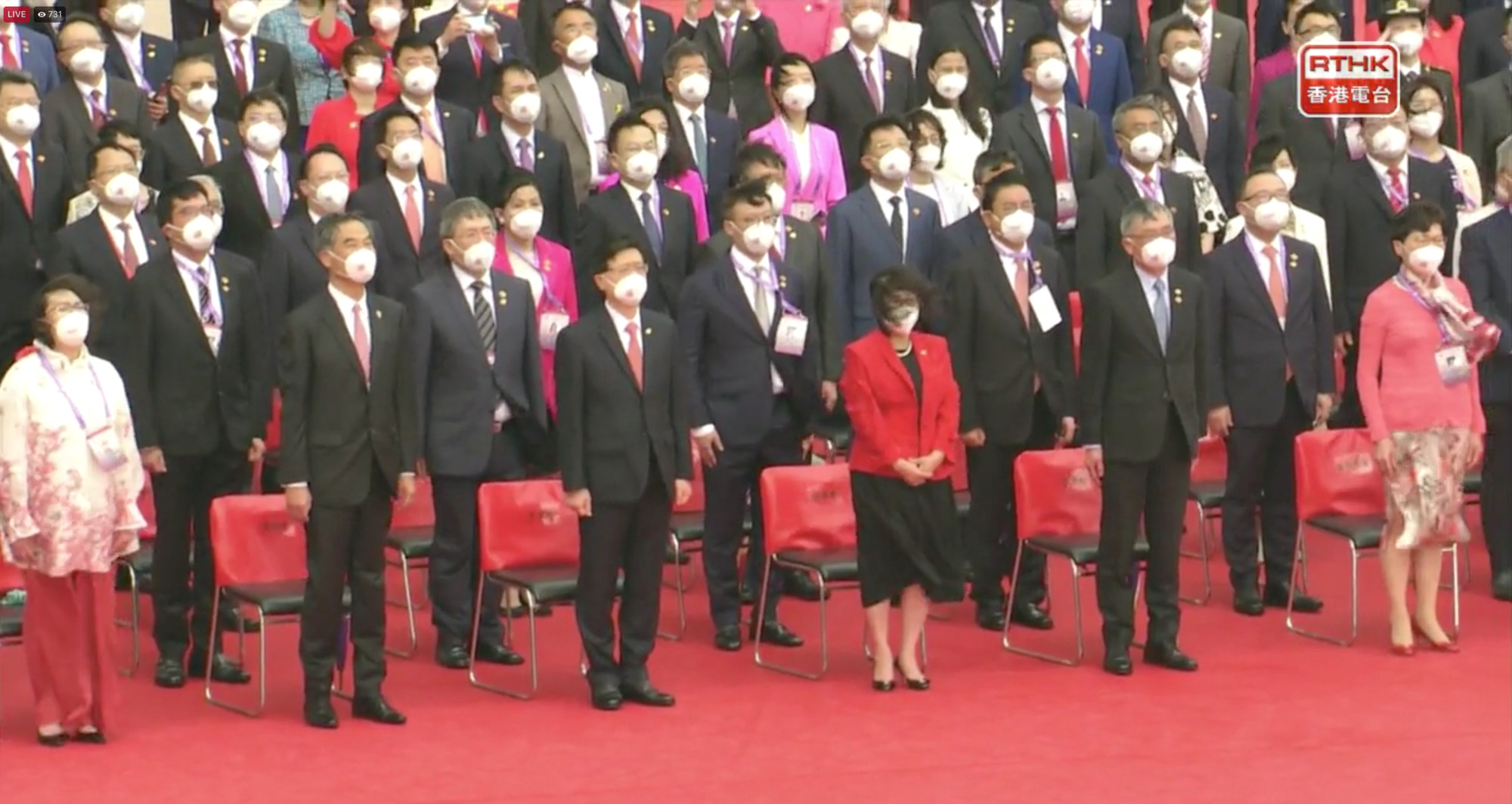 Amid strong winds and a No 3 typhoon warning signal in force, some 200 to 300 guests attended the ceremony. They included former chief executives Leung Chun-ying and Donald Tsang Yam-kuen, the Chinese foreign ministry’s Hong Kong commissioner Liu Guangyuan, lawmakers and members of the new term of the Executive Council.

For the second consecutive year, police officers in charge of the flag-raising adopted the Chinese military’s “goose-stepping” style, rather than the traditional British drills, as they marched into the venue carrying the national and city colours.

In his first Facebook post as the city’s leader, Lee thanked his wife Janet Lam Lai-sim, showing a photo of her helping him to adjust his tie before the flag ceremony.

The Observatory issued the No 3 typhoon warning signal on Thursday night as Severe Tropical Storm Chaba edged closer to the city.

But sources told the Post earlier that the flag-raising ceremony would proceed despite the potentially bad weather. 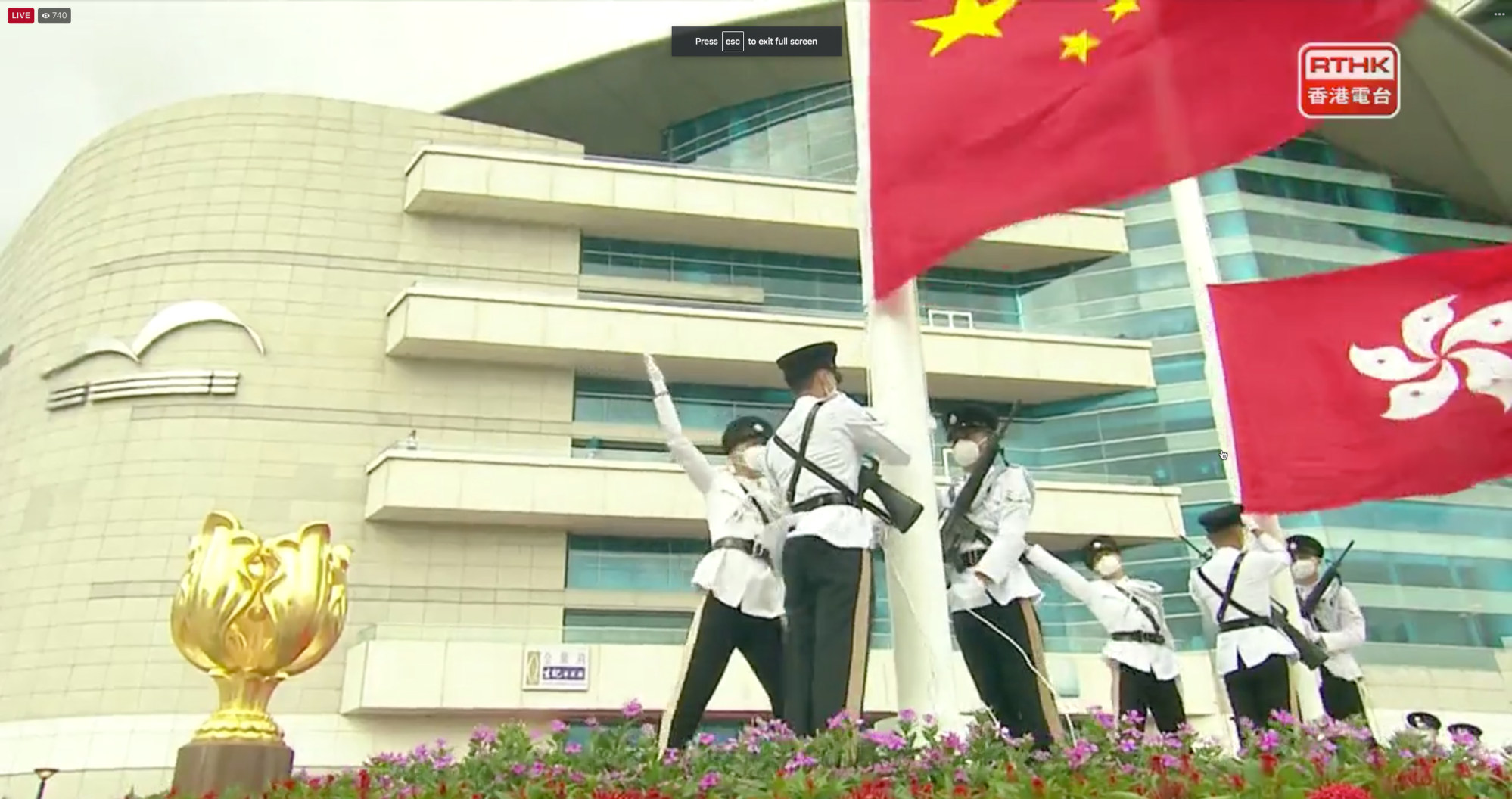 One source had said that even under the original schedule, it was mainly only senior officials who would attend the event in light of the coronavirus situation in the city.

Other guests watched a live stream of the ceremony inside a hall at the nearby Convention and Exhibition Centre. Xi, who will swear in the city’s sixth-term government, did not attend the flag-raising event.