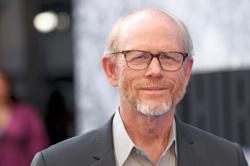 The dramatic rescue of 12 youth football players and their coach from a flooded cave in Thailand in 2018, a captivating operation already revisited in an award-winning documentary, is now getting the big-screen dramatic treatment from Ron Howard (pic).

Thirteen Lives hits theatres in North America on July 29, and the Oscar-winning Howard – who cast a mix of bankable stars and untested talent in the movie – says making the film was an “exciting challenge.”

He called his latest a “very extreme version of my favourite kinds of films – you know, the kinds of films that prove that remarkable outcomes are not the stuff of fiction, that when people pull together, incredible things can happen.”

Thirteen Lives – which stars Joel Edgerton, Colin Farrell and Viggo Mortensen – retells the story of the spectacular rescue of the 12 boys and their coach who, in June 2018, found themselves trapped in Tham Luang cave for more than two weeks.

Recreating the conditions of the intense incident was both physically and psychologically challenging for the actors.

Farrell, who plays British cave diver John Volanthen, said during a screening of the film’s trailer on Monday that it was “terrifying” to film most of the time under water, even under expert supervision.

It didn’t help that Farrell, by his own admission, “can’t really swim.”

“It’s a different world beneath the surface of the water,” the Irish actor said.

The spectacular rescue is already the subject of the 2021 National Geographic documentary The Rescue, which featured some never-before-seen footage obtained from the Thai military after two years of tough negotiations.

Howard attempted to delve even more into the personal drama, and highlight the work of those who volunteered to help, at risk of their own lives.

“It was this ongoing process of ... creating the environment and the effort, and then attaching the humanity to it,” he said.

“There are all kinds of, many brands of heroism that are demonstrated through the movie.”

He also emphasised the need to accurately depict the local population in Chiang Rai – the teens in the film are played by actors from the area, so that the language spoken is authentic. — AFP 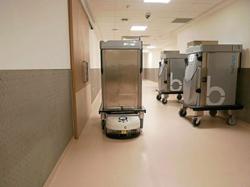