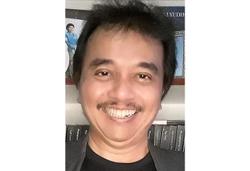 Worrying times: The rate of virus testing in Indonesia has dropped significantly following the peak of the Omicron-fuelled third wave in mid-February. — Reuters

The government is facing mounting calls by health experts and medical professionals to reimpose stricter curbs as the country continues to see a worrying increase in new Covid-19 infections.

Indonesia has recorded more than 1,000 new daily Covid-19 cases for the past eight consecutive days, and on Wednesday, authorities recorded almost 2,000 new cases, the highest since early April.

The spike is fuelled by the spread of the highly contagious Omicron subvariants BA.4 and BA.5.

The Indonesian Doctors Association (IDI) has called on the government to review its eased mask-wearing mandate to curb the spread of the virus.

“Considering the current circumstances, we advise the public to mask up both indoors and outdoors,” Erlina Burhan, a member of IDI’s central board, said on Tuesday as quoted by kompas.com.

Erlina also called on the government to reimpose mandatory polymerase chain reaction tests for domestic travel, which were lifted last month as well.

Separately, Tjandra Yoga Aditama, a professor of pulmonology and respiratory medicine at the University of Indonesia, said that aside from a reinstated mask mandate, the government should also increase its testing, tracking and genomic sequencing surveillance.

“Low testing and poor whole-genome sequencing will only make it difficult for us to monitor further developments (of the BA.4 and BA.5 subvariants),” he said.

“We need strong epidemic surveillance as one of the key components of controlling the outbreak. We should find out when, where and how all new Covid-19 patients contracted the disease, if possible.”

The rate of virus testing in Indonesia has dropped significantly following the peak of the Omicron-fuelled third wave in mid-February.

According to the national Covid-19 task force, last week the country conducted around 1.2 tests per 1,000 people.

To help accelerate the third jab rollout, the task force has also issued a circular mandating booster shots for people over 18 attending crowd-pulling events of more than 1,000 visitors, while all children between the age of six and 17 at such events must be fully vaccinated. — The Jakarta Post/ANN 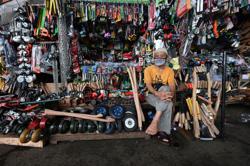 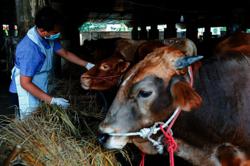