Up to 100 megawatts of hydropower from Laos will be brought into Singapore. - ST FILE

Up to 100 megawatts (MW) of hydropower from Laos will be brought into Singapore using existing interconnectors under the Lao PDR-Thailand-Malaysia-Singapore Power Integration Project - an inter-governmental project set up in 2014 to study the feasibility of cross-border power trade.

The 100MW account for about 1.5 per cent of Singapore's peak electricity demand in 2020and could power around 144,000 four-room HDB flats for a year.

The two organisations have also since signed an initial two-year power purchase agreement.

The import will serve to test the technical and regulatory frameworks for importing electricity into Singapore, facilitating larger-scale imports from the region in the future.

The power integration project is a step forward in the development of a broader Asean power grid, said EMA, the Ministry of Energy and Mines of Laos, Electricite du Laos and Keppel in a joint statement.

"This provides opportunities to tap on low-carbon and renewable energy sources in the region and contributes towards economic development and improving energy security and stability."

Dr Daovong Phonekeo, Minister of Energy and Mines of Laos, said his country aims to be a major supporter of renewable energy in the region.

"The country has more than 8,000MW of installed hydropower capacity, which is set to grow in the near future to support its domestic demand and future exports... This project proves that we are on the right track as we promote the development of clean energy resources, including solar and wind power," he said.

The Republic had in October 2021 announced plans to import around 30 per cent of its electricity from low-carbon sources, such as renewable energy plants, by 2035, to reduce the carbon footprint of its power sector.

At present, more than 95 per cent of Singapore's electricity is generated by burning natural gas, a fossil fuel. Burning fossil fuels produces planet-warming carbon dioxide, which contributes to climate change.

The power sector is responsible for about 40 per cent of Singapore's total emissions; however, a recent report commissioned by EMA found it would be feasible for the sector to reach net-zero emissions by 2050.

But land constraints in Singapore hinder the construction of large solar farms, and the country also cannot access alternative forms of renewable energy, such as wind energy or hydropower.

Still, Singapore's power sector can reach its net-zero target by 2050 by importing - among other things - clean energy generated elsewhere, the report by the Energy 2050 Committee has found.

Other potential solutions include developing infrastructure suitable for clean-burning hydrogen to be used as a fuel, as well as investing in emerging low-carbon technologies that will enable carbon dioxide to be captured from smokestacks before it is released into the atmosphere.

Keppel Electric is the first entity to be issued an electricity importer licence by EMA. But the authority has also announced plans to import electricity from other sources.

Last October, the EMA announced that YTL PowerSeraya - a generation company and electricity retailer in Singapore - would be embarking on a two-year trial project to import 100 MW of electricity from Malaysia. This pilot is expected to start this year.

EMA is also working with power generation company PacificLight Power on a pilot to import 100 MW from a solar farm in Pulau Bulan, Indonesia.

Electricity will be supplied via a new interconnector that directly connects a solar farm in Pulau Bulan to PacificLight's power station in Singapore. The pilot is expected to be commissioned by around 2024.

Ngiam Shih Chun, EMA chief executive, said: "The commencement of electricity imports from Laos marks a significant milestone in our regional energy cooperation... Interconnected power grids can accelerate the deployment of renewable energy, promote supply diversification, and strengthen grid stability for the region as a whole."

Dr Victor Nian, chief executive of independent think-tank Centre for Strategic Energy and Resources, said that the import of 100MW of renewable energy from Laos is unlikely to have an impact on electricity prices here since the imported electricity makes up only a small fraction of the country's energy mix.

But even if more renewable energy is imported into Singapore in the future, the impact on electricity prices will depend on a number of factors, including the price at which Singapore is buying the imported electricity and the quantity imported.

EMA declined to reveal the cost of the imported renewable energy.

Dr Nian said the energy import pilots will have to look into a number of issues to determine the feasibility of scaling up cross-border electricity flow.

A key one, he noted, is how imported electricity will affect the reliability of Singapore's power grid.

Such disruptions could be caused by the intermittent nature of certain sources of renewable energy - less solar power can be harnessed on a cloudy day, for instance - and due to geopolitical situations, for example if countries ban the export of renewable energy.

Other issues to consider would be whether cross-border infrastructure could handle the transnational flow of electricity and how electricity imports would affect generation companies in Singapore.

"Would renewable energy imports replace some generation capacity in Singapore? If some generation plants were to be kept as standby in case of regional disruptions, then the impact on the business models of the generation companies would have to be studied too," said Dr Nian. 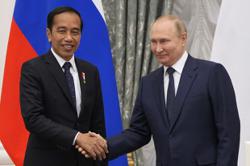 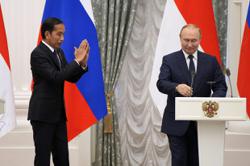