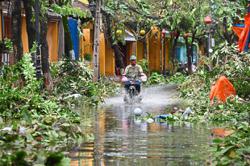 WASHINGTON, June 20, 2022 (AFP): The United States said Sunday it was "deeply concerned" by the two-year prison sentence given to a high-profile environmental activist in Vietnam this week.

"The United States calls on the Government of Vietnam to release (Nguy Thi) Khanh (pic), who has been recognised internationally for her work to advance climate change and sustainable energy issues in Vietnam, as well as other detained environmental activists working for the benefit of Vietnam and its people," US State Department spokesperson Ned Price said in a statement.

Khanh, 46, was arrested in February "on a tax evasion accusation," according to state-owned media. On Friday her NGO, GreenID, said she had been jailed for two years.

She had been among the few in the communist nation challenging the government's plans to increase coal power to fuel economic development.

The first Vietnamese winner of the Goldman Environmental Prize, Khanh and GreenID had convinced officials to strip 20,000 megawatts of coal power from the national energy plan by 2030.

But while the activist has received international acclaim, she has been the target of smear campaigns in her country.

Khanh's imprisonment comes as raids targeting corrupt officials and those implicated in economic scandals have intensified.

The communist regime does not tolerate dissent, and several dozen activists are in prison for speaking out against the authorities. - AFP 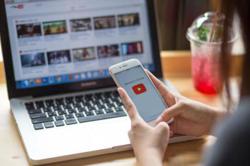