BALI, June 18 (The Straits Times/ANN): At the Mimpi Bungalows, two years of lockdowns have taken their toll. A termite infestation has partially collapsed the ceiling in one cabin.

Situated a three-minute walk from the beach, many cabins have had their locks rusted in place by the corrosive sea air. The swimming pool, now an emerald green, is home to dozens of catfish to keep the mosquito population in check.

Made Supatra Karang, whose family opened the property's first room to tourists in 1980, said to bring the entire property up to scratch would cost one billion rupiah (S$93,600) in repairs.

Supatra, who has been helping to promote Bali as a surfing destination at competitions from Australia to Brazil since he was a teenager in the 1960s, said banks would not lend to him because he has not made a profit in years.

The 68-year-old is thinking of selling and retiring.

"I'm not poor. I have assets," he told The Straits Times. "If the bank came here and took one look at this, they would refuse."

Across Asia, millions of households and small businesses, including hotels, restaurants and farms, and other enterprises are struggling to put the pieces back together after years of lockdowns and travel restrictions that left them with little or no revenue.

Tens of millions are struggling to secure credit to cover repairs, inventory and increasingly the cost of food and energy amid rising inflation and wage costs.

The Asian Development Bank last year said as many as 80 million people throughout Asia had fallen into "extreme poverty", earning no more than the equivalent of US$1.90 (S$2.60) a day. The most vulnerable, including women and unskilled workers, suffered most.

Following sudden and lengthy shutdowns in India for example, women's already-low participation in the workforce shrank more than a percentage point to less than 19 per cent.

By comparison, half of women of working age around the world are in paid employment, according to the International Labour Organisation.

"The lockdown was so sudden and for so long that people not only lost livelihoods, but also lost a majority or all of their savings," said Aditi Anand, national coordinator of Indian anti-poverty advocacy group Wada Na Todo Abhiyan.

To be sure, banks are ramping up lending to finance the rapid economic recovery in countries like Indonesia, Malaysia and India.

The most recent data on outstanding loans in Indonesia shows credit availability surging 6.6 per cent to nearly 5,900 trillion rupiah in March from a year earlier, driven by loans to industries and household consumption.

But increasingly, it is the little guy who is being left behind as lenders, burnt by the global financial crisis in 2008, limit credit to their safest and biggest borrowers.

International banking protocols like the Basel III accord require lenders to regularly assess if they have enough capital on hand to weather financial shocks - a process known in banking as stress testing. A shopkeeper waits for customers at a market in Seminyak, Bali, Indonesia. - Bloomberg

A study published by the French business school Insead in the early months of the pandemic in 2020 said more than two-fifths of formally established micro and small businesses in South-east Asia could not get adequate business loans, representing a funding gap of US$300 billion. In Indonesia alone, the funding gap is US$165 billion, according to the country's financial regulator.

And the gap is widening.

A similar study in 2017 by the World Bank said the funding shortfall for micro enterprises - usually owned by individuals with revenues of less than US$50,000 - stood at US$500 million across South-east Asia. Market watchers say the shortfall has only grown throughout the pandemic.

Ding Hong Sing, president of the SME Association of Malaysia, said while more established businesses have started borrowing, micro enterprises like restaurants are struggling to get working capital that can cover the higher cost of inputs like food and labour.

Malaysia faces a labour shortage of a million foreign workers after many were forced to go home during the pandemic. A vendor waits for customers along a street in Jakarta. - AFP

But as banks pull back, online start-ups specialising in lending to small businesses are increasingly stepping in.

Singapore-based Funding Societies, which claims to be the biggest fintech lender, now has US$2.4 billion in loans outstanding across Singapore, Indonesia, Malaysia, Thailand and Vietnam.

Unlike most banks which look for years of profitability before extending credit, fintech lenders like Funding Societies assess borrowers based on a track record of as short as a few months - and usually based on accounts receivable and other indicators of future income.

With no bricks and mortar branches to support, the business model is more nimble, allowing it to farm out loans ranging from a few hundred dollars to US$2 million for up to a year - small beer for most banks.

That flexibility comes at a cost. At interest rates of as much as 2 per cent a month - a rate similar to some credit cards or payday loans - the business model is too expensive for all but the safest SMEs, those with big blue-chip or government clients, critics say.

Other modes of borrowing are seeing a big jump in demand after years of dormancy.

Credit unions in Indonesia, where communities band together to pool savings and extend loans to small businesses like family farms, have seen a boom in demand for credit. Since December 2019, outstanding loans have ballooned by two-thirds to 250 trillion rupiah at the end of last year, based on the most recent government data.

"During the pandemic people delayed payments. But now businesses are reopening and our assets are going up."

But credit unions are niche and archaic. The value of outstanding loans in Indonesia is one-thirtieth the volume extended by banks. Business processes are almost entirely paper driven.

That is slowly changing. Tech start-ups like Bali-based Djoin are raising funds with the aim to yank the country's credit unions into the 21st century. Djoin said it has raised more than US$1 million with the hopes of digitalising 100 of Bali's 3,000 or so credit unions before the end of the year.

Members would be able to transfer and repay loans on their mobile phones, marrying bank efficiency with the human touch of credit unions, Djoin's co-founder Willy Sanjaya told ST.

To be sure, there is a long way to go. Indonesia has 127,000 credit unions. Even so, nearly three-quarters of its micro and small businesses say they cannot get credit from banks and other lending institutions, according to government data

"The social impact that cooperatives have is fantastic but there are bottlenecks in their processes," said Sanjaya.

"We want to be a bridge between cooperatives and what customers want nowadays in a bank." - The Straits Times/ANN 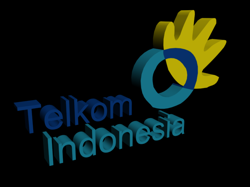