Vietnam's U-23 football men's and women's team golds at SEA Games will be one that will be cherished by whole country, says PM 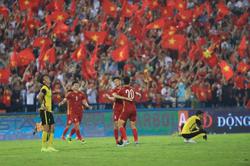 HANOI, May 23 (Vietnam News/ANN): Prime Minister Pham Minh Chinh on Sunday (May 22) evening sent his congratulations to the men’s U-23 football team and coach Park Hang-seo on their championship at the 31st South-East Asian Games (SEA Games 31) hosted by Vietnam.

In his letter, the leader recalled great moments in the final match when the team successfully defended the title at the regional sporting event after defeating their Thai rivals.

He expressed his delight and appreciation for efforts, bravery, resilience, and discipline of the team, saying that it is the victory of the spirit of unity of Vietnam.

The team’s victory, along with the champion of the women’s football team and achievements of athletes in other sports at SEA Games 31, has affirmed the position of Vietnamese football in particular, and Vietnamese sports in general in the region, gradually reaching out to the world.

The Party and State will pay more attention to, and hopes that organisations, individuals and business communities continue to support the national sports, the leader said.

He suggested the Central Emulation and Rewards Council, the Ministry of Culture, Sports and Tourism, and relevant ministries to promptly propose appropriate forms of reward to players and coaches of the football teams, and excellent players and teams in other sports.

In the men's final, Vietnam bagged gold medal after beating Thailand 1-0 in the final here on Sunday night.

Forward Nham Manh Dung sealed the victory for Vietnam's national under-23 soccer team with his 83rd-minute strike from long range at My Dinh National Stadium.

Indonesia took the bronze medal as it won 4-3 over Malaysia in the penalty shootout earlier on Sunday. 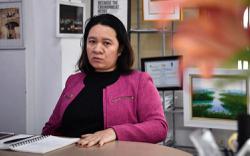