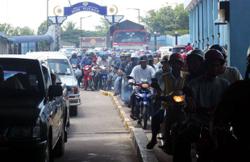 BANGKOK, May 22 (Bloomberg): Thailand’s capital will vote for a new governor on Sunday for the first time in almost a decade with the winner facing the challenges of rebuilding Bangkok’s pre-pandemic status as a tourism hub and tackling persistent pollution.

More than 4.4 million people, including an estimated 700,000 first-time voters, will pick the next governor from a list of 30 candidates for a four-year term. Polls close at 5 p.m. and unofficial results will be known by midnight, authorities said.

Chadchart Sittipunt, a former transport minister contesting as an independent, has consistently led pre-election surveys with respondents backing him for his track record in improving public transport systems including the nation’s railways.

The contest will also signal voter preference ahead of the general elections due early next year.

Even though the top two political parties didn’t put forth their own candidates, Chadchart is seen as someone with links to the opposition Pheu Thai party while Asawin Kwanmuang, a former governor appointed to the job by the military regime, is seen as close to the government led by Prime Minister Prayuth Chan-Ocha.

With Southeast Asian hubs such as Singapore and Jakarta stealing a march over Bangkok in mapping out a post-Covid strategy, the new governor will need to prioritize repairing the city’s economy before turning attention to age-old problems including pollution, flooding and traffic jams, according to Punchada Sirivunnabood, an associate professor at Mahidol University in Bangkok.

"The more pressing issue is economic recovery after the pandemic,” Punchada said. "Singapore and Jakarta have clear plans on that but we haven’t heard anything much on how the Thai capital will boost its economy post-Covid.”

Bangkok is Thailand’s commercial hub with an annual budget of about 80 billion baht ($2.3 billion), and the gateway to the country’s various tourist destinations. The pandemic has devastated tourism and related businesses, with hundreds of thousands of people losing jobs and forced to return homes to work in farmlands.

Bangkok and Pattaya, a resort town on the Gulf of Thailand, are the only localities that hold direct elections for their leaders.

An independent governor without the backing of the 50-member city council -- who will also be elected on Sunday -- will find it difficult to pass annual budgets and rewrite rules to improve public amenities, Punchada said.

For about half a dozen political parties contesting the gubernatorial elections, a win could provide them a much-needed boost in the general elections, according to Jade Donavanik, chairman of the Faculty of Law at the College of Asian Scholars in Khon Kaen.

"If your nominee becomes the governor of the biggest and most well-known city in Thailand, as a political party it would give you a good platform to advertise your policies and works,” Jade said.

The "Bangkok governor will be in the news and headlines second only to the prime minister as the head of the country’s capital. So any good work done by the governor in Bangkok will benefit his or her party in the general elections.” - Bloomberg 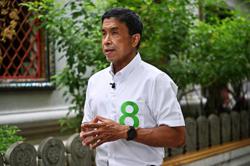