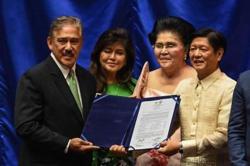 Philippine Vice-President Leni Robredo greeting supporters during a thanksgiving rally in Manila on May 13, 2022. - AFP

Manila, May 13, 2022 (AFP): Philippine presidential runner-up Leni Robredo vowed Friday to focus on "fighting lies" as she urged supporters to accept election results showing the son of former dictator Ferdinand Marcos had won by a landslide.

Robredo was the last obstacle to the Marcos family completing a decades-long climb back to the peak of power in the country they left impoverished when they were ousted in 1986.

After narrowly beating Ferdinand Marcos Junior in the 2016 vice presidential race, Robredo, 57, had hoped to cause another upset in a rematch with her rival in Monday's election.

But an almost complete initial count shows Marcos Jr with more than double her votes.

"While the picture is getting clearer, we need to start accepting that the election result is not according to our dreams," Robredo told thousands of mask-wearing fans gathered at a Manila university campus for a "thanksgiving" rally.

"We need to accept the decision of the majority and I implore everyone to be with me on this," she said, as many in the crowd wiped away tears.

Pre-election surveys indicated Marcos would win by a huge margin, after relentless online whitewashing of the family's past, the backing of powerful political dynasties and public disenchantment with post-dictatorship governments.

People place their ballots in a counting machine after casting their votes during the presidential election at a polling precinct in Quezon City, suburban Manila on May 9, 2022. - AFP

But the result still came as a shock to millions of Filipinos who had hoped to reverse course after six years of authoritarian rule by President Rodrigo Duterte.

Vowing to defeat the corrupt and feudal politics of the Philippines, Robredo inspired a movement of volunteers who dipped into their own pockets and took to the streets to campaign for her.

It sparked comparisons with the people-driven force for former president and democracy leader Corazon Aquino in a 1986 snap election that led to the ousting of Ferdinand Marcos Senior.

Many of Robredo's supporters are young, educated and progressive. They saw the elections as much a battle for the fragile democracy as the very soul of the country.

Days after Marcos secured an unassailable lead and began announcing members of his cabinet, many of them were still in disbelief -- but defiant.

"As long as we're alive, we will continue to stand up for what is right whatever happens," Pem Taytayon, 28, told AFP.

Addressing the crowd, Robredo said her legal team was investigating allegations of electoral fraud, but added that the "biggest foe" in the election had been misinformation.

"I will focus my energy on fighting lies," she said.

"We need to become a movement that will defend the truth. We need to explain to people how lies are spreading, why it is effective, and who is behind this." 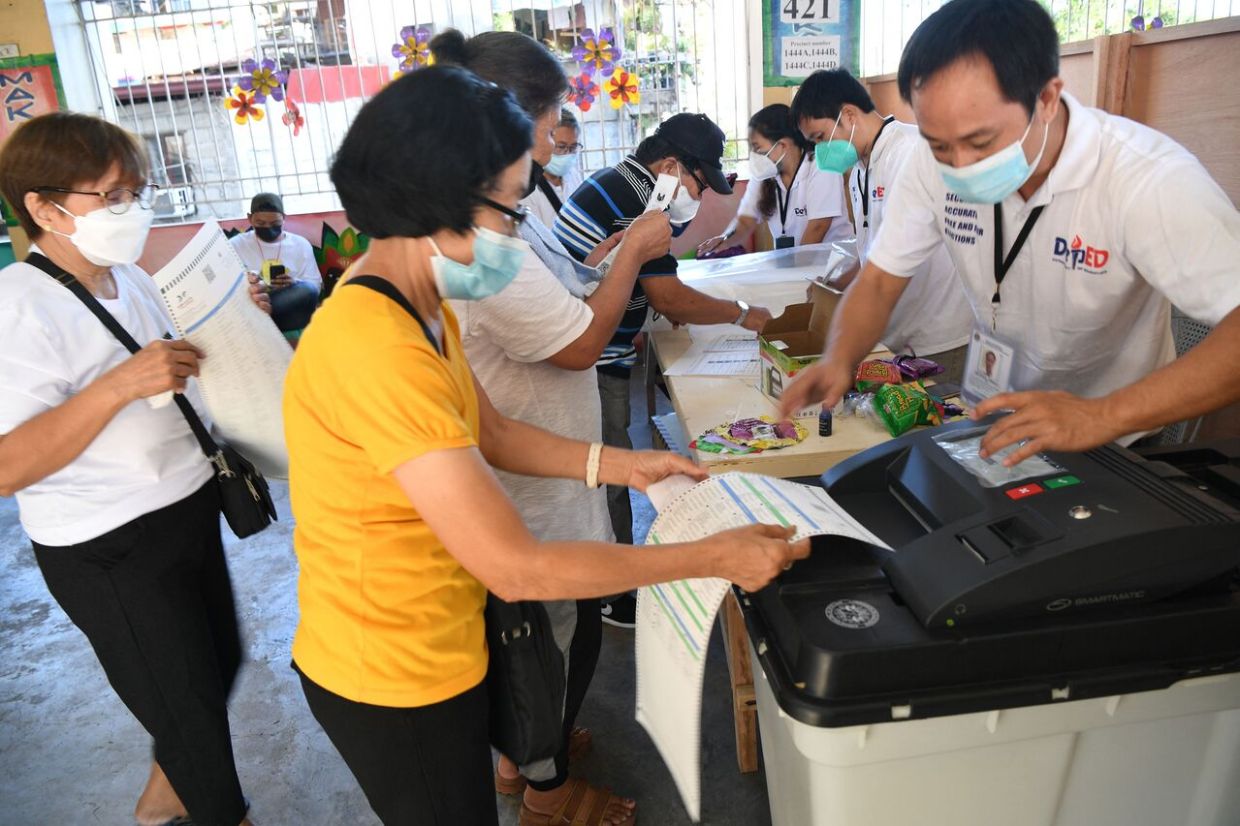 Robredo was reluctantly thrust into politics after the death of her husband, Jesse Robredo.

The respected cabinet member in former president Benigno Aquino's administration died in a plane crash in 2012.

Originally a lawyer for poor farmers and battered women, Robredo served a single term in the House of Representatives before narrowly winning the vice presidency in 2016.

She earned the ire of Duterte by criticising his deadly drug war and other policies -- and he attacked her relentlessly for it.

Robredo had drawn strong support from human rights groups, Catholic church priests and media outlets that have been targets of Duterte's rule.

The prospect of a Marcos presidency has alarmed them. That Marcos Jr and vice presidential winner Sara Duterte, daughter of the outgoing president, are offspring of authoritarian leaders has only heightened their concern.

"A Marcos Junior and a Sara Duterte win is a doubly worse scenario for human rights in the Philippines," said Cristina Palabay, secretary general of human rights alliance Karapatan. - AFP 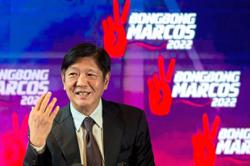 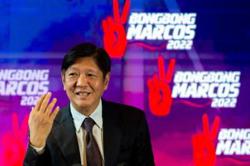