BANGKOK, May 7 (Reuters) - Thailand on Saturday warned against the creation of online content that risked insulting the country's monarchy, after a video by a social media influencer promoting e-commerce platform Lazada incensed royalists, who said it was mocking the palace.

Thai law prescribes punishments of up to 15 years in jail for each offence if found guilty of defaming, insulting or threatening King Maha Vajiralongkorn and his closest family.

The video, which has since been taken down, was promoting Lazada's May 5 sale and featured a woman dressed in a traditional Thai costume sitting in a wheelchair and playing the role of an influencer's mother.

Royalists complained the woman in the wheelchair was a veiled reference to a royal family member. The video did not use the language used by the royal family, nor mention any of its members.

In videos posted on Facebook, the influencer, Aniwat "Nara" Prathumthin, said the clip was a parody of a famous Thai soap opera and told critics the perceived royal insult was "all in your imagination".

Lazada, the South-East Asian arm of Alibaba Group Holding , in a statement apologised for the "emotional damage" the video had caused and said it should have been more careful.

"Let us warn marketers, influencers and content creators to be careful about presenting content or promotions that reference appearances or individuals of the institution that all Thais worship and love," Thanakorn said in a statement.

"This is inappropriate, and will not only upset every Thai in the country, but also destroy the image and reputation of the brand. It could also be against the law."

Thai Vietjet Air, an offshoot of Vietnam's Vietjet Aviation JSC, about a new route to Munich that stirred anger among royalists, who said it was a hidden joke about the Thai king spending time in Germany. The airline apologised. - Reuters 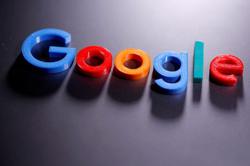 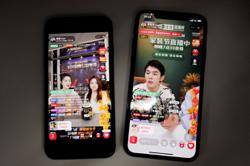