By He Huifeng and Jane Cai 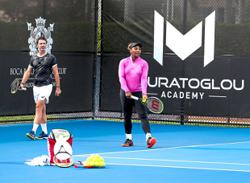 International schools in China are under increasing pressure to adopt state-approved curricula, forcing some to withdraw from the country altogether and stoking unease among middle-class families who want their children exposed to Western education.

Last week, Harrow International School in Hainan, a prestigious British private institution, notified parents that students must be taught a Chinese curriculum from grade one to grade nine, and junior high school students must pass a state-run test to graduate.

The sudden change, which has alarmed the international education sector in China, means students will be taught official versions of history, politics and geography, said a member of the school’s student recruitment team, who refused to be identified.

“Education policies have been changing dramatically this year in China and we have to comply with the government’s requirements,” the source said.

“Although there is so far no mandatory requirement for international school students to pass China’s college entrance examination, we do prepare and adjust our high school students for the syllabus in advance.”

Under President Xi Jinping, ideological control has been tightened in recent years as the Communist Party tries to instil patriotism in younger generations and stifle dissent.

As part of the strategy, the government has introduced tough new curbs on the lucrative private education sector, despite strong demand from middle class families for foreign education.

“It will influence decisions of students and their parents. Some of them will choose to study abroad at a younger age.”

Amid fears the new rules in Hainan – which was recently designated as a free-trade port – will spread to other parts of the country, some parents are looking into obtaining foreign passports through investment migration, the Harrow school source said.

In the eyes of the government, learning about Chinese morality, the legal system, core socialist values and Communist Party history are essential components of education.

In May, China passed new regulations tightening party oversight of private schools and restricting foreign players in the sector.

Under the Regulations for the Implementation of the Private Education Promotion Law, no new licenses will be granted to international schools offering compulsory education – six years of primary education followed by three years of junior high school education.

Since the law change, Harrow International School in Hainan is the first private institution to be told by a provincial government to apply for a general high school license to continue international programmes for senior students.

“A growing number of high schools in first- and second-tier cities are cancelling their international departments, and foreign teachers are finding it increasingly difficult to obtain work visas,” said Tan.

Due to increasing policy uncertainty, the number of Chinese college students studying abroad is likely to decrease in the next few years, she said.

“We originally planned to send our 10-year-old daughter to an international school for junior school next year ... We want her to study the Western mindset and develop the skill of critical thinking, and then study at a world-renowned university abroad,” she said.

China’s Generation N: the young nationalists who have Beijing’s back

“Now we have a dilemma. In an international school in China, the child will have to study both Chinese and foreign courses, which will make her academic pressure heavy. But if she goes abroad to study at such a young age, this puts more financial pressure and worry on our family.”

“Maybe I will have to drop the idea and let her study at a local public school.”

Jolin Zhuang, a banker in Beijing, said she was disappointed after inquiring with several international schools about their primary school syllabus for her child.

“Some said they would provide courses in compliance with education authorities’ requirements,” she said. “Some said they offer a ‘fused curriculum’, which is a combination of public school curriculum and English courses, I guess.”

“I previously planned to send my son abroad after his high school graduation. If he cannot get the education we desire from an international school in Beijing, I’m likely to bring the plan forward.”

In early November, Westminster School, one of Britain’s most prestigious private schools, said it would abandon its first overseas school in Chengdu, Sichuan province, four years after it started the project.

The school, which had finished building its campus and was set to open this year, was the first of up to six bilingual institutions in China.

In a letter to past and current staff and students, Mark Batten, chair of the school’s governing body, said the Covid-19 pandemic and “recent changes in Chinese education policy” had forced the school to axe the entire project.

“It is highly unfortunate the landscape for developing such schools now is very different from 2017,” Batten said in the letter. 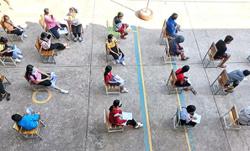