By Jacob Fromer and Finbarr Bermingham 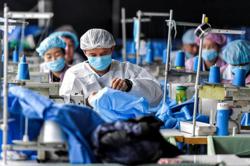 The US and European Union held a new round of diplomatic talks on their relations with China on Thursday, the latest sign of a burgeoning transatlantic united front to confront Beijing amid rising geopolitical tensions.

In a joint statement issued after the meeting in Washington between Wendy Sherman, the No 2 official in the US State Department, and European External Action Service Secretary General Stefano Sannino, one of the EU’s top diplomats, the two sides expressed alarm at China’s crackdown on human rights at home and sabre-rattling against its neighbours.

“They discussed ongoing human rights abuses and violations in China, including the systemic repression of ethnic and religious minorities in Xinjiang and in Tibet, and the erosion of autonomy and democracy in Hong Kong,” the statement said.

“They expressed strong concern over China’s problematic and unilateral actions in the South and East China Seas and the Taiwan Strait that undermine peace and security in the region and have a direct impact on the security and prosperity of both the United States and European Union,” it added.

The statement also touched on economic and trade issues with Beijing – including “the importance of protecting intellectual property rights, critical infrastructure and sensitive technologies”.

It was the second time Sherman and Sannino had met this year as part of an initiative known formally as the US-EU Dialogue on China, and just the latest in a series of high-level discussions between Washington and Brussels with Beijing in mind.

As US President Joe Biden and his foreign policy team have moved to confront China on a range of fronts, from human rights to trade to territorial disputes, they have tried to put allies including the European nations front and centre in that strategy.

Both political parties in Washington have made clear that they view China in the Xi Jinping era as a dangerous power that threatens American influence and undermines global stability. But in Europe, the question of authoritarian China’s growing role in the world and how to respond to it is still a subject of debate.

Brussels has been reluctant to go as far as Washington would like, with the EU particularly cautious after Beijing cut some lines of communication after a multilateral round of sanctions in March that targeted Chinese officials over suspected human rights abuses in far-west Xinjiang.

Relations were further upset when the US announced a security pact known as Aukus with Australia and Britain, which will see Canberra buy American nuclear-powered submarines instead of diesel-powered French vessels.

But there are some areas of clear cooperation.

After the EU acquiesced to US efforts to place China at the heart of communiques from the G7 and Nato Summits in May and June, the two launched a Trade and Technology Council in September, which does not mention China by name but is widely viewed as being aimed at competing with China on important technologies of the future.

The EU and US also temporarily set aside a major Trump-era trade dispute in October, agreeing to a moratorium on tariffs and to strike up a metals alliance that Biden said was aimed at “countries that dump steel on our markets, hammering our workers and harming them badly, both the industry and the environment”. 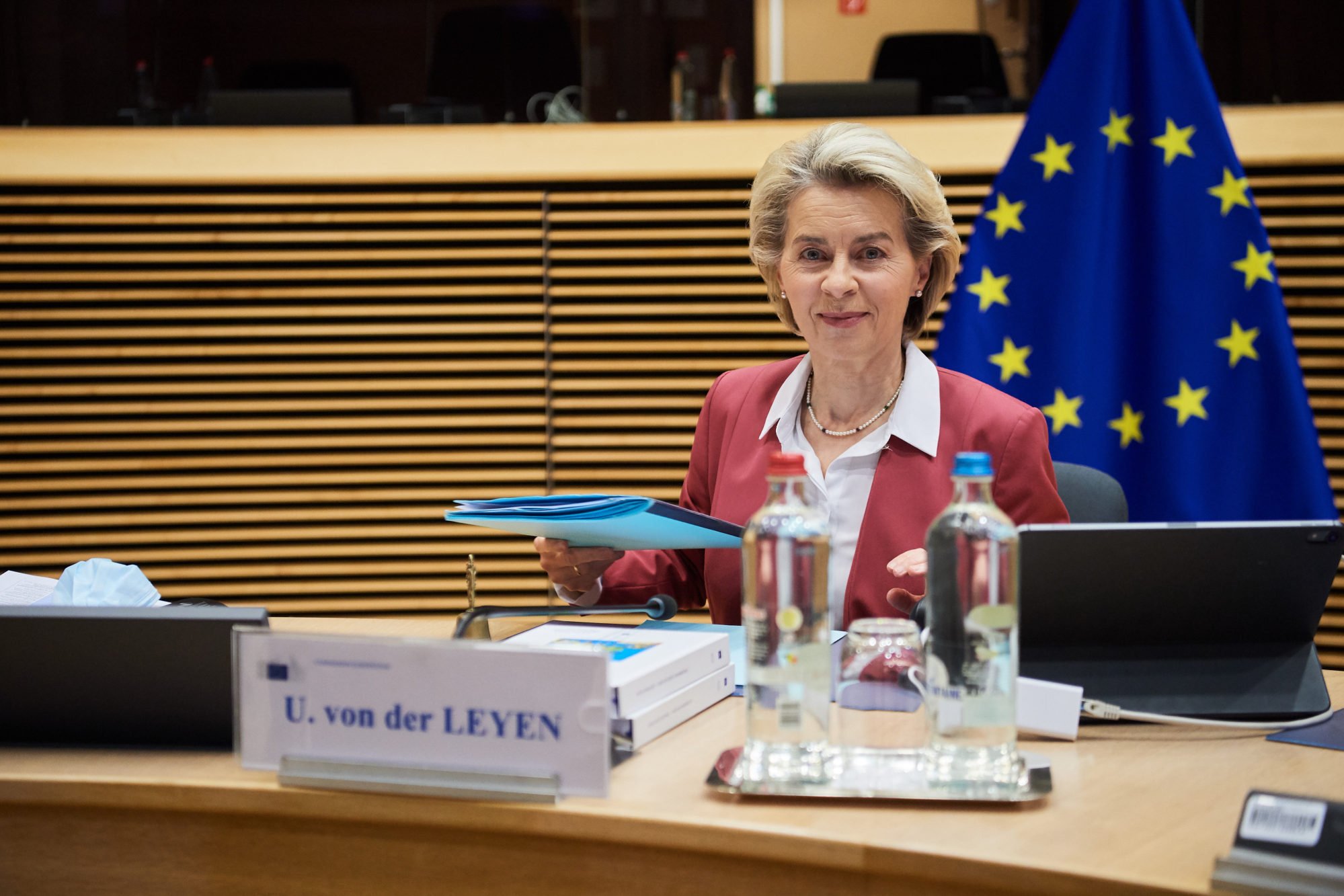 And when the EU announced its €300 billion (US$340 billion) Global Gateway infrastructure drive on Wednesday, it was pitched by European Commission President Ursula von der Leyen as “a true alternative” to China’s Belt and Road Initiative.

EU officials briefing reporters on background said that it was compatible with Biden’s own plan, launched at the G7 meeting in June, to build infrastructure projects around the world, and that the aim would be for “like-minded” democracies to collaborate on projects.

“We don’t decide on the partner ... we take the path that we will work with whoever, if they wish to work on the same principles that we wish to work with,” said a senior official when asked if China could be involved.

“It’s a question of values,” the official said, adding that projects would have to meet strict criteria regarding social and employment rights, transparency and governance, climate neutrality and sustainable development.

The US has also expanded its support to Lithuania, the EU member state that has taken the hardest line on China.

Vilnius earned Beijing’s ire by dropping out of a China-backed geopolitical grouping with Central and Eastern European countries known as 17+1, and by agreeing to host a “Taiwanese Representative Office” – the first such European mission bearing the name “Taiwan”.

Washington agreed a US$600 million export credit package last month via the Export-Import Bank of the United States, and has also offered significant rhetorical backing in Lithuania’s feud with China.

There have been at least 10 high-level meetings or official calls between American and Lithuanian officials since March. 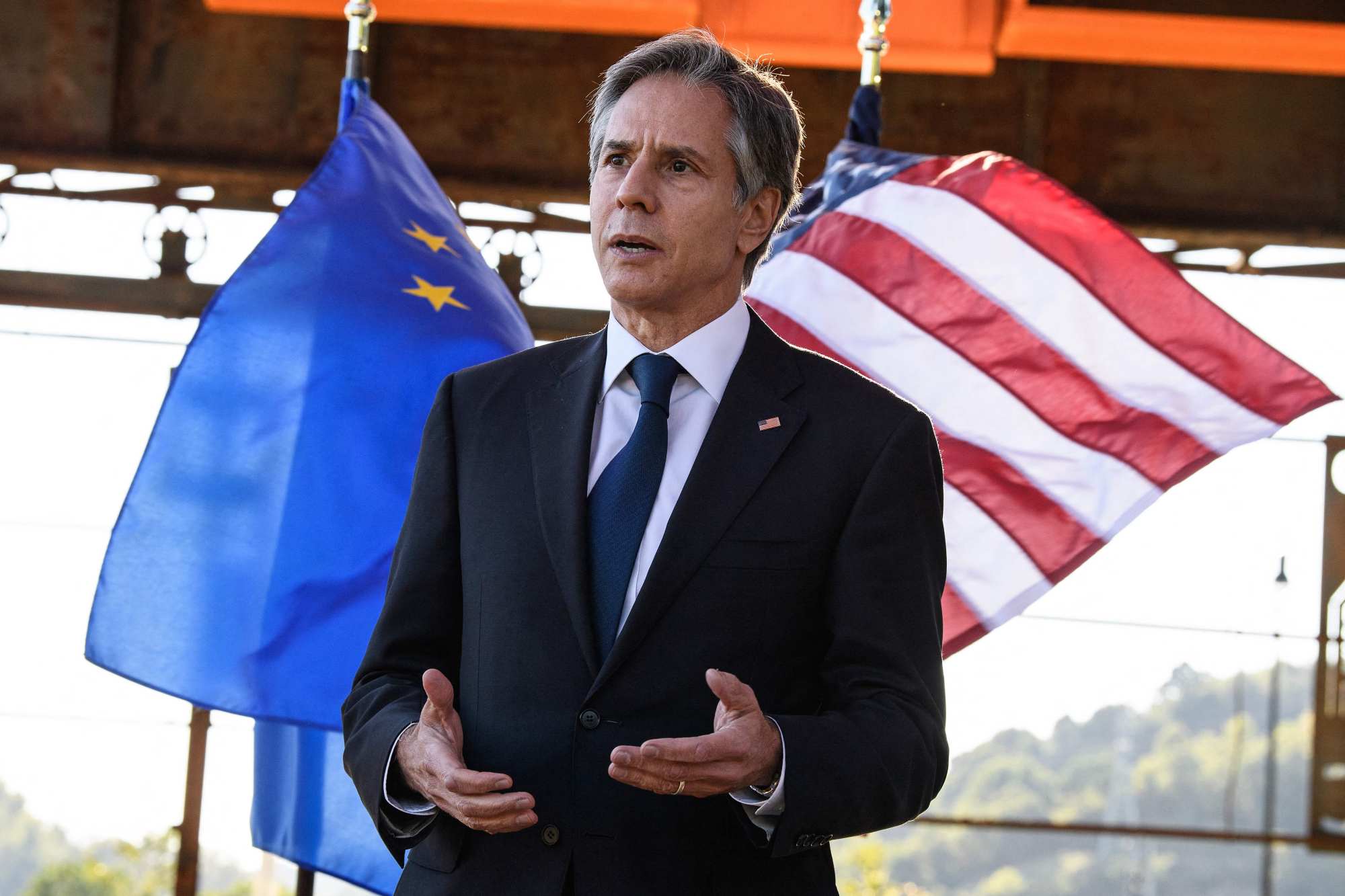 Biden met Lithuanian President Gitanas Nauseda at both the Nato summit and COP26 climate talks. Nauseda will also attend Biden’s Summit for Democracy next week, while Sherman, Secretary of State Antony Blinken and Asia adviser Kurt Campbell have all met Lithuanian Foreign Minister Gabrielius Landsbergis over the past week.

The initial US-EU Dialogue on China, held in May, was Sherman’s first stop on her first overseas tour, according to the State Department.

The initiative was announced at the tail end of the Donald Trump administration, and at the time, then-secretary of state Mike Pompeo said he envisioned it as a “catalyst for action” for Washington and Brussels to take on Beijing.

Thursday’s joint statement also included areas of potential cooperation between the US, EU and China, including the reduction of methane emissions and “common goals in Iran and the Korean peninsula”.

Sherman and Sannino will meet again on Friday for more discussions. 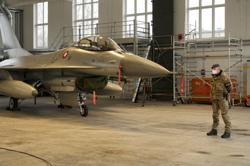 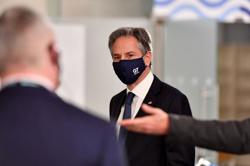