In a friendly and sincere atmosphere, the two sides exchanged opinions on the two working groups’ activities.

They had in-depth discussions on the delimitation of the sea area beyond the mouth of the Gulf of Tonkin and cooperation for mutual development at sea in accordance with international law, especially the 1982 United Nations Convention on the Law of the Sea, to which both Vietnam and China are parties.

They highlighted the importance of the comprehensive strategic cooperative partnership and friendly neighbourliness between Vietnam and China, properly handling sea-related issues in line with the common perceptions of the countries' Party and State leaders and the "agreement on basic principles guiding the settlement of sea-related issues between Vietnam and China" in 2011, maintaining peace and stability in the East Sea (internationally known as South China Sea), and respecting international law.

The two sides agreed to hold new rounds of negotiations next year. 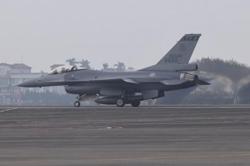