Tourists seen at Lovina Beach in Bali. The Tourism and Creative Economy Ministry has announced that it would re-evaluate Indonesia's international reopening plan by reviewing the list of countries allowed to open direct flights to certain provinces. - Jakarta Post/ANN

JAKARTA, Dec 1 (The Jakarta Post/ANN): Indonesia's tourism recovery plans are facing a setback as governments around the world tighten border restrictions, disrupting international travel routes, in response to concerns over the emerging Omicron variant of Covid-19.

The Tourism and Creative Economy Ministry has announced that it would re-evaluate Indonesia's international reopening plan by reviewing the list of countries allowed to open direct flights to certain provinces, citing Covid-19 spikes before and after the new variant was discovered.

The decision is expected to affect foreign tourist arrivals, particularly during the New Year and Christmas holidays.

The ministry's statement signals a turnaround in Indonesia's international reopening plan, which started when Bali and the Riau Islands were reopened to international flights from 19 countries in October, after over a year of travel restrictions due to the pandemic.

"The new variant is another blow for the tourism industry in Indonesia and across the world," Gadjah Mada University (UGM) head of master and doctoral programmes in tourism studies M. Baiquni told The Jakarta Post in a phone call on Tuesday.

He said industry players needed to focus on domestic and specialised interest tourism such as health or family-friendly destinations, to sustain the impact from delayed border reopening.

"It is irrelevant to rely on long-haul tourists from Europe and the United States, for example during and immediately after the pandemic."

Dozens of countries including the US, Australia, Singapore and Japan have either imposed restrictions on travellers from southern African countries or delayed border reopening plans to prevent the new variant from entering their respective countries.

Tourism and Creative Economy Minister Sandiaga Uno said on Monday the government would focus on addressing the Omicron variant as it had a reportedly higher transmission rate than other Covid-19 variants.

The World Health Organisation (WHO) warned, also on Monday, that the new strain posed a "very high" global risk after identifying the variant as a new variant of concern.

Sandiaga also reaffirmed the government's plan - announced before the discovery of the Omicron variant - to tighten public activity restrictions during the year-end holidays. The four-tiered curbs will be raised to level 3 nationwide from Dec 24 to Jan 2.

"This will be difficult for players in the tourism and creative economy sectors as regulations will change depending on the situation we are facing," he said.

"Hopefully tourism players can accept this and the impact will not be too severe."

Foreign tourist arrivals increased 1.41 per cent month-to-month to 126,513 people in September, but remained less than a tenth of arrivals during the same month in 2019, before the pandemic, Statistics Indonesia (BPS) data show.

Apart from border restrictions, the government has increased its maximum mandatory quarantine period from five days to seven days, regardless of whether or not passengers depart from countries with reported Omicron cases.

Meanwhile, Indonesian nationals returning to the archipelago from the 11 countries will be subjected to a 14-day quarantine.

"This adjustment is part of the Transportation Ministry's anticipatory measure to prevent the new Covid-19 variant from entering Indonesia. We will implement stricter health protocols in transportation nodes such as airports, harbours and cross border posts," Transportation Minister Budi Karya Sumadi said in a statement on Monday.

Indonesian Hotel and Restaurant Association human resources training head Alexander Nayoan said that as the government had informed players about the curbs weeks prior to the year-end holidays, industry players had prepared strategies to sustain their businesses.

"I do not know exactly how the Omicron variant will affect us but we remain positive that Indonesian tourism and businesses will grow regardless of the Covid-19 variant," he said in an online discussion on Tuesday.

"I am sure that Indonesia's tourism, the hotel and restaurant businesses will see major success in 2022."

Indra Gunawan, CEO of capsule hotel start-up Bobobox, said that even if the country experienced a dip in domestic tourism next year due to the new variant, it would not be significant and would only happen for a short period of time.

"As long as we adhere to health protocols and the government can communicate well with industry players, the effect [from the new variant] can be anticipated. There will be no huge impact on business, unlike at the onset of the pandemic," he said during the discussion. - The Jakarta Post/ANN 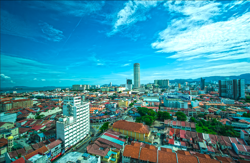