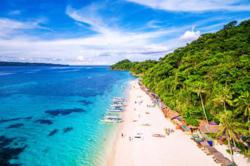 Most Asian equities regained some lost ground after volatiliy on Tuesday, following remarks by drugmaker Moderna's chief that existing vaccines may not be as effective against the new Omicron coronavirus variant. Shares in Thailand, India and Taiwan gained between 0.9% to 1.2% on Wednesday, while Singapore stocks advanced 1.9% after six days of losses.

The won firmed 0.7%, while Seoul shares climbed 2% to recover from closing at an 11-month low after data showed that exports in November grew at their fastest pace in three months and monthly factory activity also expanded.

"We are more cautious on the risk-sensitive Indonesian rupiah and the Indian rupee where there are prospects of portfolio outflows, but North Asian export-oriented currencies such as the won could be better buffered."

The won was up for a third straight day, with total gains of 1.2% so far, even as other Asian currencies were hurt by the Omicron-driven rout this week.

The Taiwanese dollar, Singapore's dollar and the Philippine peso firmed around 0.1%, anchored by strength in the Chinese yuan which had touched a six-month high versus greenback earlier in the session.

The Indian rupee jumped 0.4% after data showed the country's economy grew by 8.4% in the September quarter, the fastest among any major economy for the period.