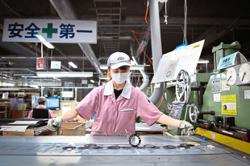 TOKYO (Bloomberg): Japan’s factory production edged up in October, following a three-month slide, adding to signs that the global supply chain crunch may have been easing before the emergence of the omicron variant of the virus.

A separate report showed continued strength in the labor market, with the unemployment rate ticking down to 2.7%, while a separate measure of demand for workers showed positions on offer still outnumbering job seekers.

While Japan’s manufacturing gains offer more evidence that some of the world’s supply chain shortages may have been easing at the start of this quarter, the omicron variant of the coronavirus has added a new uncertainty factor.

Manufacturers surveyed in Tuesday’s report said they plan to increase output by 9% this month and by2.1% in December, but the reported plans tend to be overly optimistic and the survey was taken before omicron was discovered.

The new variant has triggered travel restrictions across the globe and reignited fears that a worst-case scenario could necessitate a return to growth-crippling lockdowns.

Japan on Monday announced it will close its borders to new foreign arrivals, joining many other nations in a bid to contain the new variant. The move comes barely three weeks after Japan had managed to loosen border restrictions as its case count plummeted.

The World Health Organization is already calling on member states to start testing widely for the new omicron variant, warning that it could potentially fuel future surges of Covid-19 with severe consequences.

The production uptick came even as Toyota Motor Corp, the country’s largest automaker, said its global production fell by more than a quarter in October compared with a year earlier. The company’s output is likely to start catching up from January, Jefferies analyst Takaki Nakanishi wrote in a note this month.

Japan’s economy is forecast to rebound this quarter from a contraction in the three months through September, led by consumer spending now that restrictions on activity have mostly been lifted and the vaccination rate is above 75%. 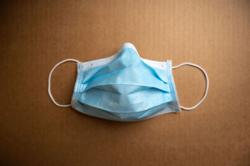