Those living in the vicinity said that the township EPC office inThaketa township on Myidawtha road was approached by a vehicle a little after 2pm and attacked the office by gunfire.

One resident staying nearby said that he heard about four gunshots, and that the township EPC office was fired at.

After the gunfire security vehicles arrived and made enquiries.

Those living nearby said that although there was gunfire no one was injured as the office was closed, being a holiday, and that they saw empty cartridges. After the incident more security personnel were seen taking extra security measures.

In addition the ward administrative officer of 29th ward of Nirth Dagon was shot and killed by gunfire, and on November 24 there was an explosion near Ayeyarwun police station in South Dagon township.

In Thaketa also, at the foot of the Thanhlyin bridge near the National Race Village there was gunfire near the traffic point, and it was said that there were casualties as well as those injured.

Meanwhile, Myanmar reported 350 new Covid-19 cases and bringing the tally to 521,561 on Sunday, according to a release from the Ministry of Health.

With nine more deaths, the death toll reached 19,088 on Sunday, the release said.

The number of recoveries has increased to 496,081 and over 5.54 million samples have been tested for Covid-19 so far. 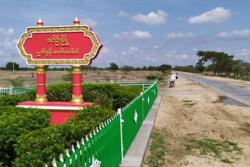 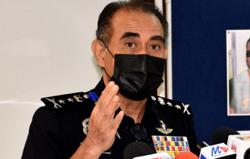